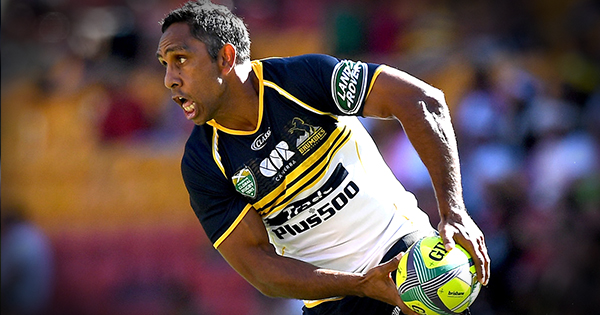 Aside from the thrilling play on display in both the Men’s and Women’s tournaments at the Brisbane Global 10s, one of the highlights of the weekend was seeing 44-year-old Brumbies legend Andrew Walker mixing it up with the best of them.

Walker, a dual code international, was arguably the most impressive of the ‘old guard’ on display. He, along with Carlos Spencer and the slightly younger Drew Mitchell, were the novelty factors involved in the tournament, but Walker wasnt there just for the banter.

The former Brumbies and Reds back looked completely comfortable on the field, making it hard to believe that at 44-years-old he was out there playing against players like Eroni Clarke’s son, Caleb, who is just 18 and a New Zealand 7s player.

The familiar old touches and playing style hasn’t changed, and he cherished every minute of it.

“I’ll get up in the morning and keep going because I just love it. If I stop I’ll crumble,” he said pitch side, adding that he is a personal trainer, hence still being in such good shape.

Fox Sports had him mic’d up for a few of the games, giving us a fascinating insight into his leadership and showing that all these years after retiring, he is still as competitive as ever.

Chat with Walker sideline, where he talks about how he keeps in shape