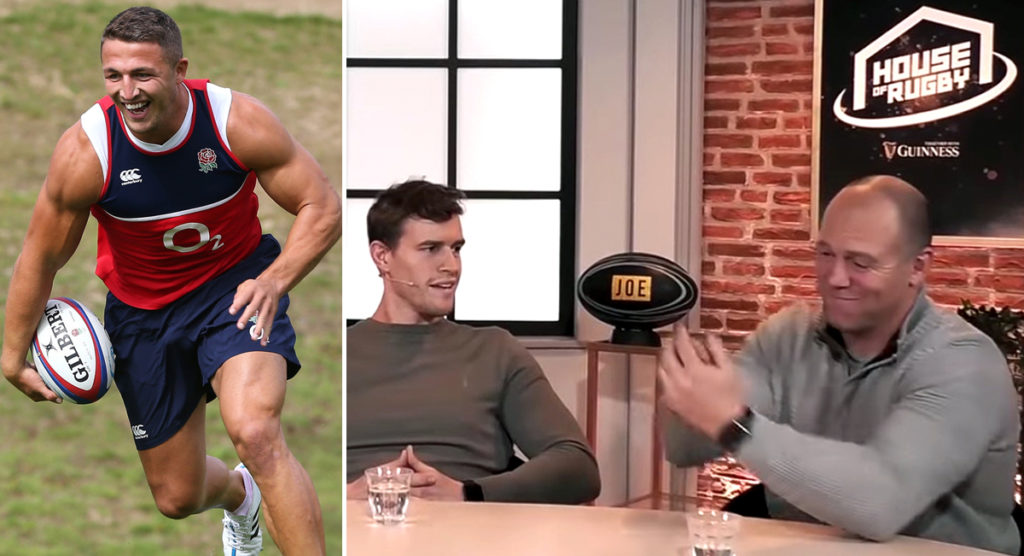 Mike Tindall appeared with Andrew Trimble on this week’s edition of JOE’s The House Of Rugby, where they discussed a number of different aspects of world rugby at the moment, but touched on the Sam Burgess tweets in particular, as well as told a few great stories.

Burgess came out with three tweets this week regarding him being at the 2015 Rugby World Cup for England and spoke of how he still receives criticism for his role.

He said that individual egos and selfish players are what cost them, not his lack of ability or dedication.

And some great friends. One day I will tell my side of the story but for now I love watching @EnglandRugby and cannot wait to see them as they prepare for the 2019 WC in Japan.

It caused a bit of a stir this week, leading to former England captain Tindall sharing his thoughts on the matter.

He also went on to tell some incredible stories about training ground brawls, Martin Johnson attempting to straighten Tindall’s nose and a few other tales that probably shouldn’t have been repeated.

The chat on Burgess and new player respect starts at 7:27 and ends at 24:30 but the whole show is worth watching