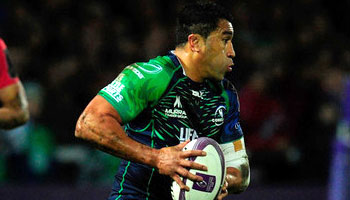 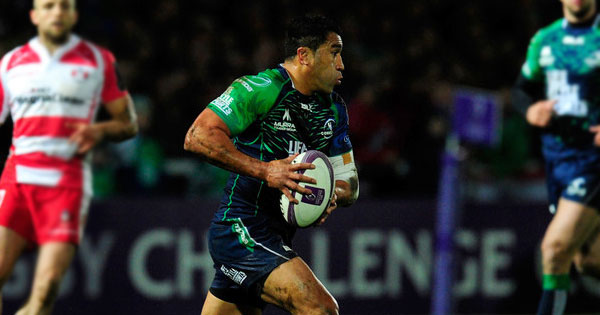 All Black legend Mils Muliaina has been released on bail following an awkward few days that started off with him being arrested directly after his team, Connacht, played Gloucester at Kingsholm. A statement has just confirmed that he has been released without charge.

The arrest reportedly involves allegations of sexual assault that took place in Cardiff last month. South Wales Police are said to be continuing their investigation.

Muliaina denies any wrong doing and reportedly felt that he was being hauled off for drug testing when the police seized him at Kingsholm in the full view of tv cameras.

“When he got approached as he was walking off the pitch he thought he was getting drug tested – he just had no idea what was coming and was just shocked,” said manager Simon Porter, referring to what can be seen in this Vine video below.

“I guess they’ve deemed that he was somehow a flight risk, given that he was living in Ireland, and they waited till he was back on British soil before they took any further steps.

“He denies all allegations of wrongdoing and we’re sure that in time as all of it is processed we will clear his name.”

Capped 100 times by New Zealand, the Connacht fullback recently signed a deal to move to Italian side Zebre in August. The World Cup winner is free to travel for now, but has been ordered to return to Wales in July.

In the meantime police will investigate the claim made by a 19-year-old Cardiff female.

“It’s just a matter of wait and see what happens next in to the police investigation,” said Porter.

“He hasn’t been charged, they haven’t indicated whether he will be charged. He’s just agreed to return to Cardiff if and when required. There’s an ongoing police investigation and we’re just going to have to bide our time.”

This evening’s release from Connacht stated:

Muliaina returned to Galway on Sunday April 5th having cooperated fully with police investigations. He denies any wrong doing and will meet with Connacht Rugby officials in the coming days to review the situation internally.

As this remains a legal matter, Connacht Rugby can provide no further comment at this time.