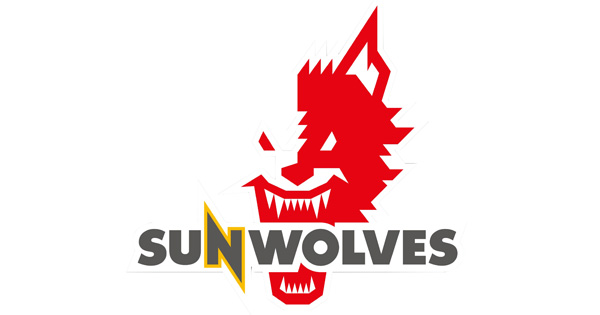 Japan’s new Super Rugby team has officially been revealed, with the team being called the Sunwolves. They will play their historic first game against the Lions on February 27th in Tokyo. The name represents a pack hunting mentality.

Today’s announcement by Yoshitaka Tashiro, Representative Director of the Japan Super Rugby Association (JRSA), is the product of an initiative that saw the JRSA engage fans from all over the world to help devise an identity for its new team.

The name is a hybrid comprising the blazing icon of the ‘Land of the Rising Sun’ and a wolf which represents a pack hunting mentality and a dedicated team ethos of protecting one another.

The striking logo depicts the breaking of a new dawn for Japanese rugby and a fearsome representation of the team’s desired playing style as they seek to utilise speed, unity and a fearless spirit to face their challenges. 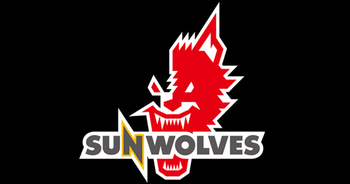 “It gives us great pleasure to welcome the Sunwolves to Super Rugby as they prepare to join our expanded competition alongside the Kings from South Africa and an Argentinean team that will be revealed shortly.

“It’s an exciting time for the sport and also for fans throughout Japan who can start getting behind the brand, identity and ethos of their Super Rugby team. The JRSA did a tremendous job engaging the fans and we look forward to watching the nation get behind this team as it continues to take shape in the coming months.”

The Sunwolves open their inaugural Super Rugby campaign with a clash against the Lions in Tokyo and play their first four matches at home, (including two in Singapore), which was a schedule designed to drive momentum and local support for the team in its all-important formative stages.

Fans are encouraged to visit the teaser site and social media channels which have been launched to a slogan of #BreakTheLine which will be the team’s ethos as it rises to the challenge on the world stage.