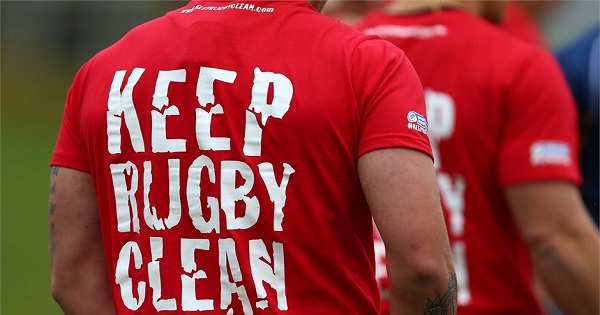 In the wake of recent sporting controversies, World Rugby has produced an insightful behind the scenes video looking at the sport’s anti-doping procedures.

As part of World Rugby’s Keep it Clean campaign, the video, presented by Sean Maloney aims to highlight risks and consequences associated with supplements and/or performance enhancing drugs in rugby.

Falling under the jurisdiction of the World Anti-Doping Agency (WADA), all registered players take responsibility for what appears in their bodies. Players can be tested for both blood and urine samples in competition or out of competition.

Rugby is a physical sport and it demands players to be bigger and stronger than ever before. The majority take nutritional supplements to aid muscle growth and this is legal in rugby.

But players are advised to take extra caution before they use supplements and check that no banned substance is contained in them.

Players are advised to keep themselves aware of what they take and whether it appears on the WADA prohibited substance list. Understanding what is banned has been made simpler by the introduction of the WADA Prohibited List iPhone App which you can download.

Players should also stay away from performance enhancing drugs such as EPO, anabolic steroids and Human Growth Hormone (HgH). These are explicitly banned by WADA and any trace found in samples will result in a ban.

If you are a player and use medication to treat an illness or condition that is on the banned list, you can apply for a Therapeutic Use Exemption (TUE) which once approved, will allow to use the substances without fear of receiving a ban.

The number of doping cases in the top flight of rugby union are somewhat limited, but a sharp rise in the amount of amateur players getting caught – particularly in the UK – has caused concern among rugby and governmental officials in the past 12 months.

The most common drugs found in the samples were shown to be steroids, HgH and metabolites of cocaine. Some players claimed that the supplements they took were contaminated while others admitted to deliberately trying to enhance performance.

Players found guilty of having a banned substance in their body – for whatever reason – can face a ban of up to four years under new laws.