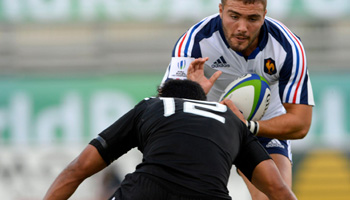 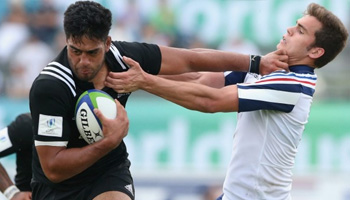 New Zealand Under 20’s were in dominant form as they notched up a 45-7 semi final victory over France in the U20 Championship in Calvisano on Monday. They will face England in the final, after the reigning champions beat South Africa in the second semi.

Blues star Tevita Li scored a hat-trick of tries, becoming the tournament’s all-time top try scorer with a total of 13 tries so far, to place him ahead of Australia’s Andrew Kellaway.

After the match New Zealand head coach Scott Robertson praised the leadership of Otere Black, and also said that having players with Super Rugby experience, such as wing Li and flanker Akira Ioane, has been a huge asset for them.

“What we did today with Otere steering us round, and the experience of a couple of Super boys, everyone just put their hand up and executed. We were quite clinical at times and I think it just showed the clarity of our preparation and the mindspace we’re in.”

The big win was the highest ever score in an Under 20 semi final, beating England’s record of 42 scored against Ireland last year.

It’s actually the first time that the Baby Blacks have reached the final since 2012, having last been champions in 2011. It will be their sixth ever final where they will face champions England, who beat South Africa 28-20 to reach their third successive final.