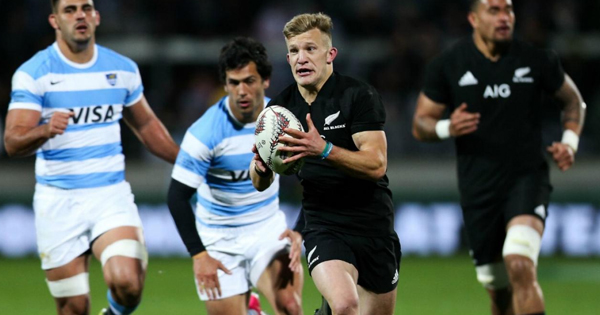 The All Blacks scored five tries to one to beat Argentina 36-10, and therefore retain the Rugby Championship title, in Buenos Aires on Saturday. The title was secured before kickoff, after South Africa and Australia drew in Bloemfontein.

Their dominant form in this year’s tournament continued as they moved 11 points clear on the table, well ahead of second placed South Africa (13 points) who they face in Cape Town this coming weekend.

Five wins from five matches was always going to result in another title, but the manner in which they’ve done it has been most impressive. This weekend was no different as they stormed out to a 29-3 halftime lead against Argentina, scoring four first half tries.

The second half wasn’t as fluid though, not scoring a point right up until the death, when David Havili crossed with time up.

“It was certainly what we expected in that first half but we managed four tries so I suppose we got up a few points,” said skipper Kieran Read, who scored two tries but was also yellow carded.

“You’ve got to credit the boys’ character, we defended pretty well and I guess two yellow cards didn’t help us. But we really kept them out. We had to defend our hearts out and I’m really proud of the lads there.

“It was good for the less experienced boys in the team to sample playing in one of the toughest atmospheres in world rugby. David [Havili] produced some special touches when he came on and his try rounded off a special day for him.

“Overall, it was a performance to be proud of and we now look forward to facing the Springboks in Cape Town,” Read added.