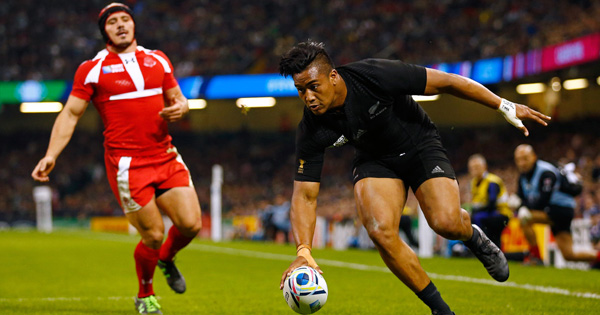 The All Blacks were far from their usual high standards but still managed to beat Georgia 43-10 at the Millennium Stadium. Julian Savea scored a hat-trick as New Zealand scored seven tries to guarantee their place in the quarter finals.

On the first ever meeting between the two sides, Georgia put in a strong performance and scored a historic try early in the game. Talisman Mamuka Gorgodze was named Man of the Match, and said afterwards he was incredibly proud of his team on a great day for Georgian rugby.

Earlier Georgia faced the Haka, relishing in the opportunity to play the best team in the world.

Richie McCaw acknowledged that is wasn’t a perfect performance

New Zealand are now sitting comfortably at the top of Pool C, with just one match left to play 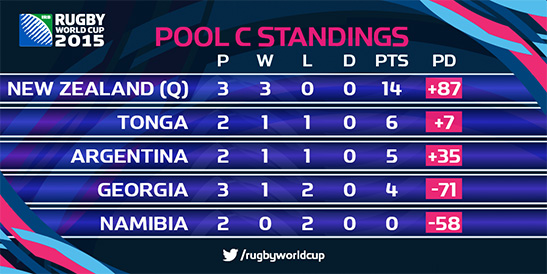