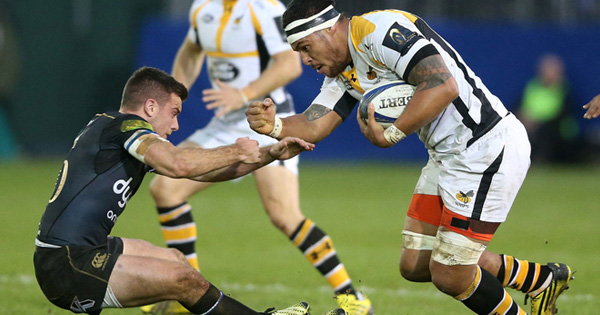 Hard running Wasps number eight Nathan Hughes sat down George Ford with this great carry recently. While it was only a diminutive flyhalf in the path of the Aviva Premiership Player of the Month for November, it was still good to see a big man doing exactly what the beautiful sport of rugby allows him to do – assert his dominance to flatten someone far smaller.

The 24-year-old Fijian born forward becomes eligible to play for England in 2016, but could also play for Fiji or Samoa. His club career with Wasps is on the upward curve so if he continues this kind of form, he may well appear in the white jersey of his adopted country sometime soon.