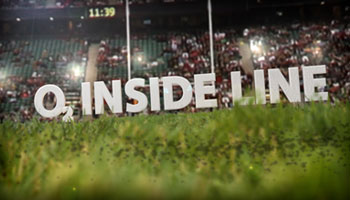 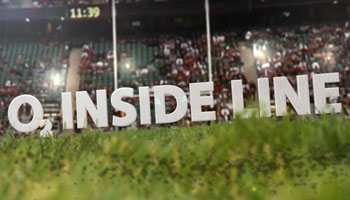 O2 Inside Line is back this week with another brilliant episode of Haskell Cam, as we go behind the scenes and into the England camp as the squad explore the sights and sounds of New Zealand. Expect to see plenty of banter, some bungee jumping, and Dylan Hartley’s new car.

There’s been a bit of talk this week about the antics of the England team while on tour in Queenstown. Mike Tindall in particular came under stick for allegedly taking part in a few extra mural activities while in a bar on a night out after the Argentina win.

“The manager of the bar has said the England players, their behaviour was perfectly acceptable all through the evening,” Johnson said. “The players said ‘we are going to go out for a beer on Sunday night’, I said it was a great idea. You’ve got to relieve the pressure, let off steam at the right time.

“We all know when you’ve got a rugby team, part of it is the bonding off the field as well. I don’t want to get to the stage where we are locking ourselves away in hotels. They (the players) understand, no-one likes to be on the front page of papers. They know their responsibilities.

“If we get to the point where you can’t go out because someone is going to film you and point the finger at you, it’s a pretty sad place. They’ve gone out for a drink. That’s what they’ve done: rugby player drinks beer, shocker,” Johnson said.

The players have certainly been bonding and having a good time, which as another World Cup winner, Will Greenwood, says is essential to their success. “A happy rugby player is a better rugby player,” said Greenwood last night.

This episode of Haskell Cam is a classic, with plenty of laughs. Ugliest players, steepest streets, boring groups, and jumping off bridges, it’s all there. Enjoy.