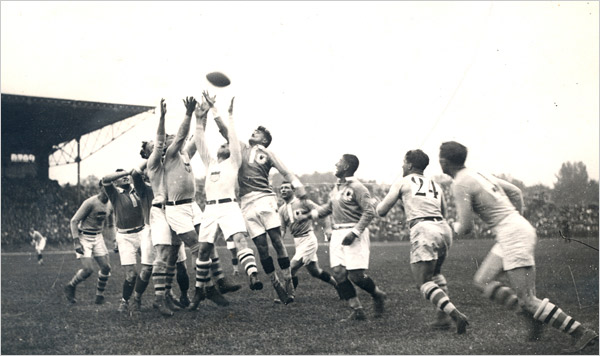 In just under two weeks Rio de Janeiro will play host to the first ever Olympic Games to be held in South America. They will also be a particularly historic Games, as rugby union makes it long overdue comeback in the Sevens format.

Rugby’s most recent appearances at the Olympics – 1920 in Antwerp and 1924 in Paris, were the final two Games before a lengthy exclusion, then later being accepted again seven years ago, for Rio 2016.

The defending Gold medal winners are none other than the United States.

Surprisingly, the USA, who in the 20s were not considered a top flight team by any stretch, upset a strongly tipped French side on both occasions.

Admittedly things were slightly different to how it is in 2016. In 1920 only two teams entered the rugby competition, and needless to say, the US pulled off the win 8-0.

Four years later, the entries rose to three, meaning that lowly Romania were guaranteed at least Bronze before they even played a game.

The Romanians were easily dispatched by France and the States, leaving an enticing re-match on French soil as Les Bleus sought to secure a home gold medal.

But again, the US prevailed and this time, by a far bigger margin. They won 17-3 and became double, and last Olympic champions.

The USA Sevens side, who have some big names included in their squad for Rio, have hit a rich vein of form in the World Series of late and could be an outside bet for a third Olympic title after a break of 92 years.

You can view the 1924 rugby final highlights – produced by the International Olympic Committee – in the video below: