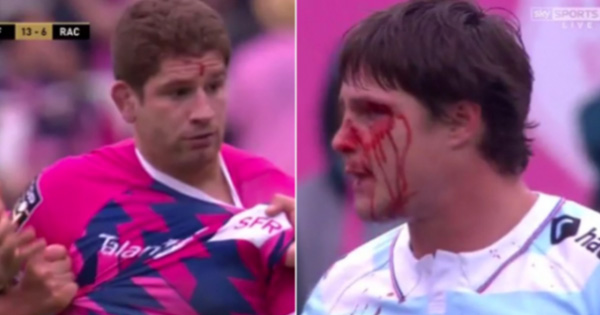 The drama surrounding Stade Francais and Racing 92 took another ugly turn on the weekend as the match between the two rival clubs descended into an a brawl, with two players sent off.

Fresh off their failed merger, the two clubs came out swinging – literally – and the punches resulted in red cards for both Pascal Pape, who was playing his last home match for Stade, and Racing’s Wenceslas Lauret.

Proceedings began with the typical grabbing and shoving before the Stade lock decided to throw a fist that – albeit possibly unintentionally – landed in the face of Henry Chavancy.

Laurent was then shown red for retaliating with a swing of his own. It appears more punches may’ve been thrown but these two were the only ones disciplined. Chavancy required medical attention as blood was streaming down his face.

The action happened just shy of half-time. Both teams were reduced to 14 men as Stade were holding a 13-6 lead. The second half started all square at 13 apiece before Stade scored a couple of quick tries. Racing answered back with 10 straight points but Stade held on to win the match 27-23.

Perhaps it was a fitting send off for Pape, who has known his share of ill-discipline. Nevertheless, he was lifted up post match by his teammates in honour of his tenure with the club.