Paul O'Connell out of Rugby World Cup with hamstring injury 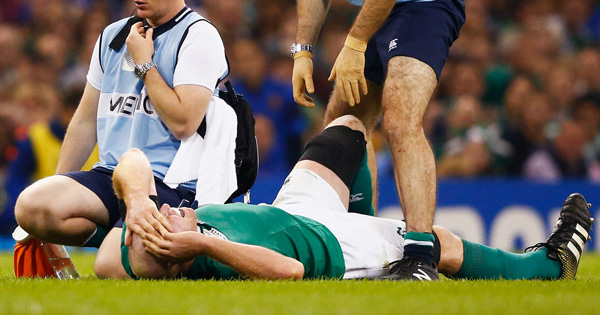 It’s been confirmed that Ireland legend Paul O’Connell will play no further part in this year’s Rugby World Cup. The 108 Test capped Munsterman suffered a bad hamstring injury during the 24-9 victory over France on Sunday. He will be replaced in the squad by Mike McCarthy.

The 35-year-old, turning 36 in a week’s time, got caught in a ruck during the Pool D decider, and twisted in an awkward way. He will undergo surgery this week, but there is no chance of making it back for the knockouts.

A leader through and through, O’Connell went on three Lions tours, and captained both Munster and Ireland. He won 3 Six Nations Championship titles, including 1 Grand Slam and four Triple Crowns. He went on the 2005, 2009 and 2013 Lions tours, winning the latter.

He played 174 times for Munster, winning two Heineken Cups. He is set to play out his career at Toulon, but they may be dependant on recovery from this latest setback.

We wish him well and join everyone in saying congratulations on a wonderful Test rugby career.

@Paul_OConnell was a privilege to play against you!! Really sad to hear of your retirement… best second row ever! ???? #legend

My sadness is tinged with absolute pride having spent 16 years with one of Rugby’s greatest competitors. #gentleman #Leader #1ofakind