Player suffers horrific injury as boot slices through his scalp

A Randalstown Rugby Club flanker suffered a horrific head injury this week, leading to him stopping with rugby immediately and urging all other rugby players to consider the benefits of using head gear when playing. WARNING: The following images are graphic so please be warned and click away now if you’d rather not see an open head wound.

Just ten minutes into a vital Kukri Championship 2 league game against Clogher Valley on Tuesday, Randalstown flanker Kyle Hetherington says he got into an awkward position in a tackle and the opposition player’s boot sliced right down the side of his head.

“I put my hand on my head then I started going into shock a bit… I can remember the screams to stop the game from the opposition players,” 27-year-old Kyle told us.

The boot sliced through his scalp, causing immediate concern on the field. He says he lost a huge amount of blood and nearly passed out a few times. 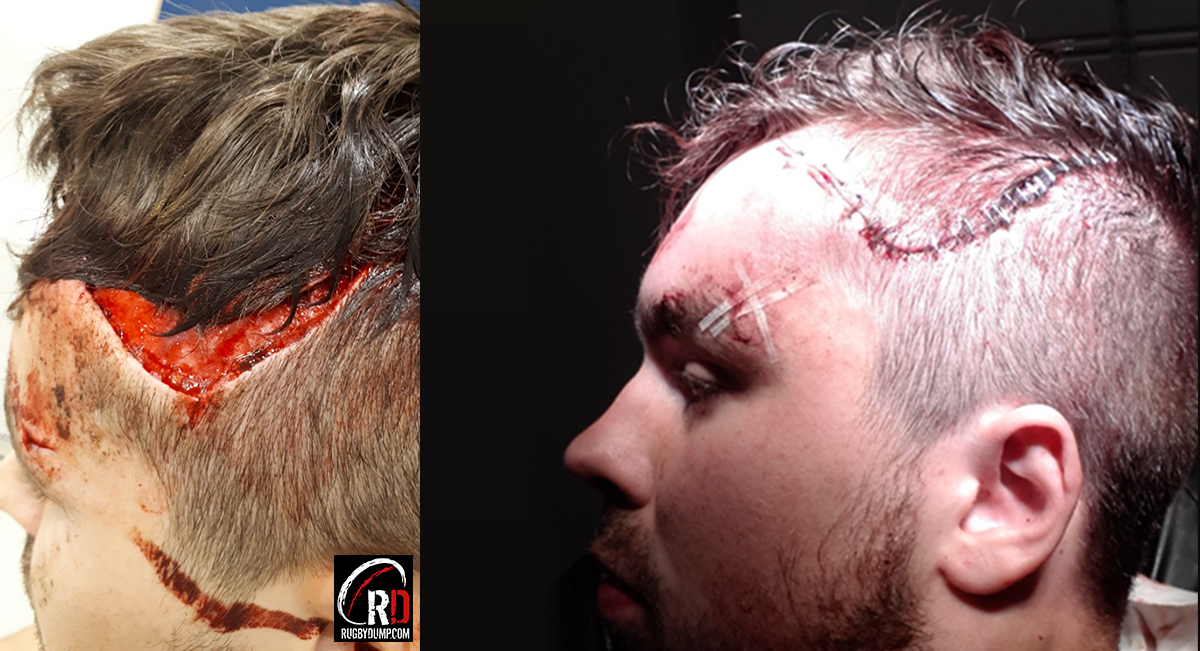 After being treated, he had received 20 staples, 4 stitches beneath the surface, and 4 stitches over. He also had paper stitches on his eyebrow.

Hetherington says that he has decided to retire from rugby, after having now permanantly lost feeling in that part of his skull.

“It scared the shit out of me to be honest. I literally thought I was going to die every time I almost passed out because of the amount of blood I lost! I was very unwell at the time. And the fact that I have lost feeling in my head has freaked me out.” 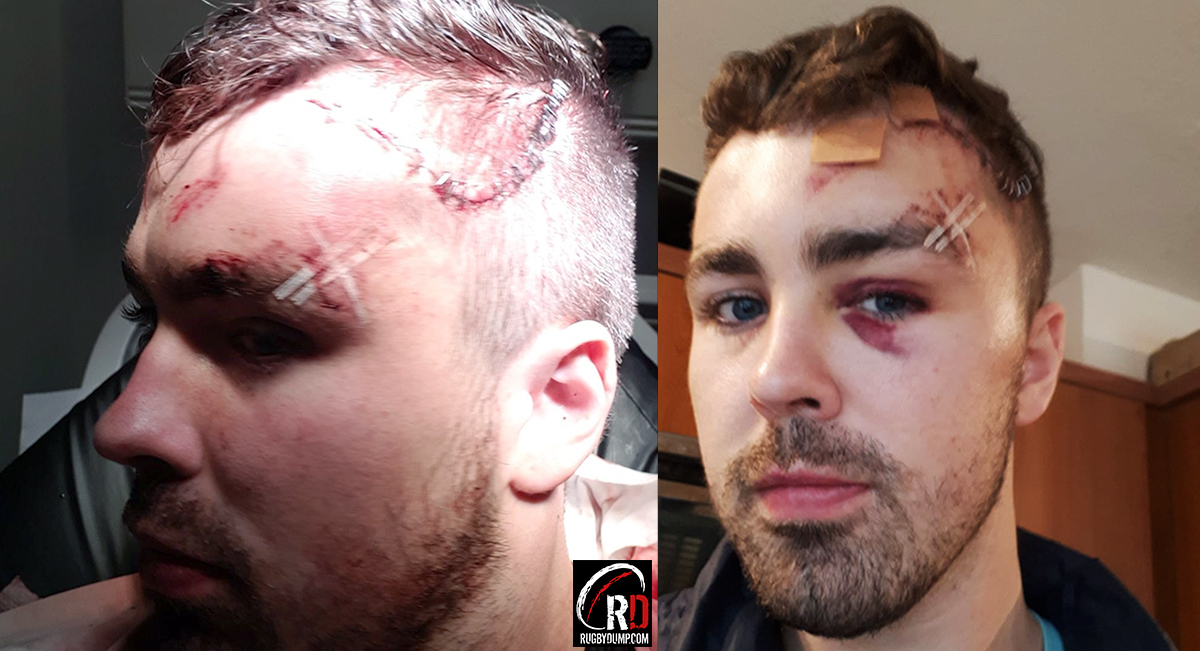 While he says that he doesn’t know if the other player was using blades or had metal studs on his boots, he now strongly advises players to consider using scrum caps.

“I am now an advocate for scrum caps. I think the way it happened, any stud or blade could have done that damage. I think its important to see why head gear is important. I had never seen the importance, now im trying to get everyone to wear one. With a scrum cap this wouldn’t have happened.”

On hanging up his boots, he said he’s not upset but disappointed that he didn’t go out on his own terms.

“I always knew it would be a major injury that would finish me. I have had broken noses, wrists and thumbs this past year alone, and I keep coming back.

“I still love the sport and always will. I’ll be down watching tomorrow and next Wednesday night to see the season close and I’ll do the same next year. My mind is made up but would love to get into coaching.”

We wish Kyle all the best with his recovery!