Plays of the Week - Super Rugby Qualifiers and final round 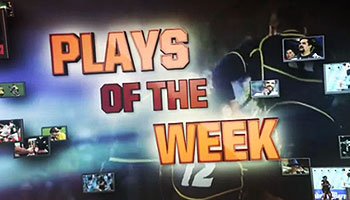 Ahead of Saturday’s Super Rugby semi finals, here are two week’s worth of Plays of the Week from Rugby HQ. The latest episode features a mini-tribute to the great Radike Samo, who is leaving Australia to play rugby in Japan.

Samo, now 37, has had a lengthy career that included success with the Brumbies over ten years ago, before he moved to Japan, Stade Francais, and later back to Australia to join the Reds.

“It has been an awesome four years at the Reds for me and I want to finish with the boys on a big note,” he said ahead of their qualifying game against the Crusaders. Unfortunately for the big Fijian born forward, they were on the wrong end of the result but he has left fans with some great memories, and won’t be forgotten in a hurry, especially for some of his play way back in 2004.

We’ve also included last week’s Plays, which says goodbye to some other stars and includes a great clip that we shared on Facebook, featuring big Ben Tamiefuna against the Blues.

As always, thanks to the guys at Rugby HQ, which airs on Thursdays on Fox Sports 1