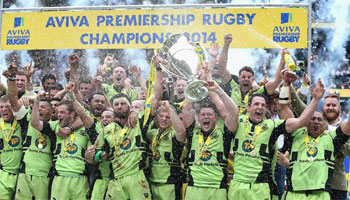 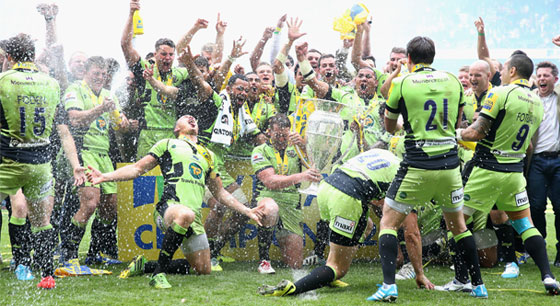 It’s an exciting week for fans of the Aviva Premiership as the governing body has signed a new television deal with BT until 2021 which, according to Premiership Rugby chief executive Mark McCafferty, should ‘close the gap entirely’ with the French Top 14.

The deal itself is supposedly worth 80% more than the current contract and will hopefully allow the best talent to remain in England instead of moving abroad to Top 14 clubs. McCafferty has stated that “By the time we get to 2017 we should be pretty close, if not right on par with them”.

The previous deal was worth £152million, however that also contained the rights to show English clubs’ games in Europe, this has since been passed on to the EPCR, the new European tournament organisers. The deal will also see the number of live games rising from 69 to 80 per season from 2017-18 under the agreement.

In addition to this McCafferty has also stated that further discussions are underway over the Premiership salary cap, which has been raised to £5million from the 2015-16 season.

“We are starting discussions over the next few months on the salary cap, so doing a deal like today gives us the certainty of what our key revenue streams will be six years out.” he said.

Furthermore, for those worrying that the Premiership and Top 14 could now leave the Pro 12 behind, don’t fear because McCafferty has indicated that “The Pro 12 is starting to invest further in the development of the resources to promote that competition, and that’s welcome because its very important that Europe has three strong leagues.”

McCafferty has also indicated that plans are well underway to expand the Premiership which will also see promotion and relegation temporarily disabled.

He has said that “Teams need a certain amount of time to prepare for life in the Premiership. If that means the Premiership expands by a club or two over the next few years, then so be it if that’s in the interests of rugby.”

Fans of the Premiership should be prepared for a very exciting next couple of years.