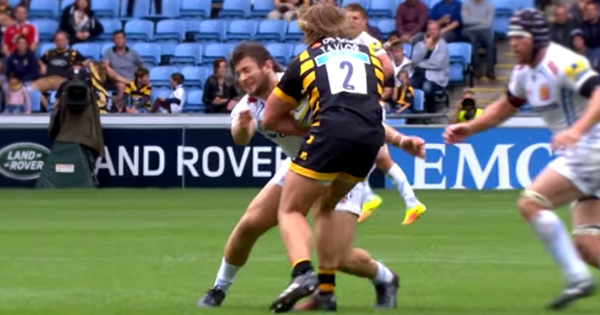 Cracking hit from Exeter Chiefs in their Aviva Premiership season opener versus Wasps at the Ricoh Arena, as Alec Hepburn flew off the line to perfectly time this crunching tackle on hooker Tommy Taylor, stopping him dead in his tracks.

As noted by Austin Healey, the long hair on both players certainly added to the magnitude of the tackle, as the two big front rowers met, with one coming off significantly worse than the other.

Edit: Taylor made a revenge shortly after this. Scroll down for a video on that.

MORE: View the Top 5 tries from the Premiership opening weekend

Wasps won the contest 25-20, the highlights of which can be watched below.