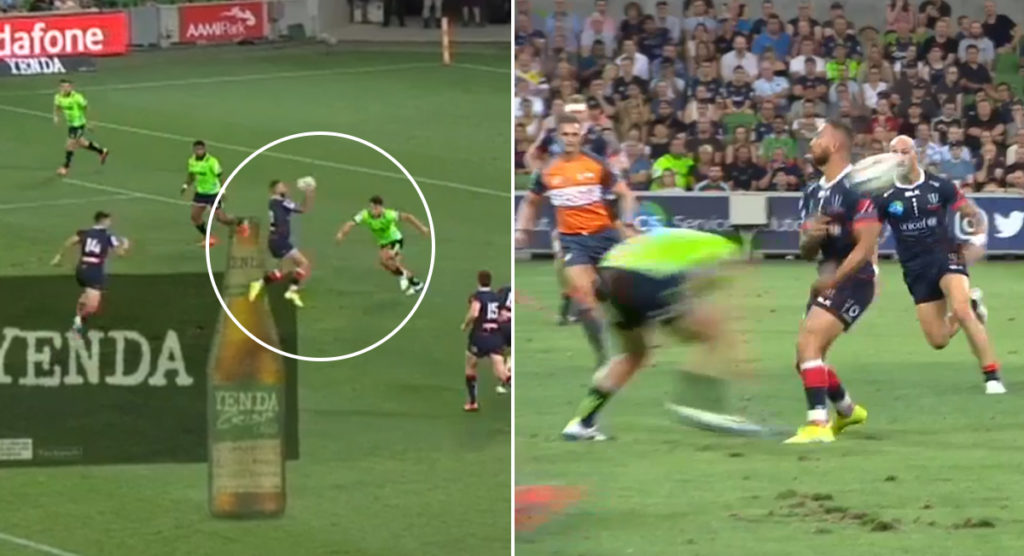 The Melbourne Rebels recorded their second win from their first two games of the season, helped by some moments of magic from Quade Cooper.  He continued his impressive return to Super Rugby after a year in exile, as they withheld an unbeaten Highlanders side.

It was the Rebels’ first win against a New Zealand side since in Melbourne since 2015, and although the Highlanders were missing a number of All Blacks, Cooper’s side were impressive nonetheless.

The mercurial playmaker’s deft hands put Jack Maddocks in for a try in the first half, and he orchestrated Billy Meakes’ try early in the second half with a neat grubber kick (see it in the full match highlights down below).

In only two games this season, he has shown that he has not lost his creative influence , and his control over the game looks better than ever.

Of course, Cooper still has weaknesses, particularly his defence, but he hasn’t seemed to have lost anything in attack.

Some fans may say that it is premature, but there is a growing number in favour of Cooper earning a recall to the Wallabies squad ahead of the World Cup.

Michael Cheika has not ruled out selecting him, and although there is competition for the jersey from Bernard Foley, Christian Lealiifano and Matt Toomua, Cooper continues to make a strong case for selection.

While Foley is the incumbent 10 for the Wallabies, some fans are arguing that he cannot do what Cooper can on the field at times. Then again, Cooper has never been as dependable as Foley, and the debate of their clash of styles looks like it will re-emerge this season.

Sorry to say but you won’t ever see foley throw a pass like the one Quade just let go. #REBvHIG

This campaign for Cooper’s return to the Wallabies will only increase if he, and the Rebels, perform like they have been doing in their first two rounds of the season.

Skip to 1:46 below to see Cooper’s pass or you can watch the full match highlights

Nah stuff it. Give Quade the Wallabies 10 jersey already #REBvHIG

🏉 'A bit of Cooper magic there'.@MelbourneRebels lead @Highlanders 19-12 at half-time in their @SuperRugby clash. This Jack Maddocks try, assisted by Quade Cooper, was one of 3 first half tries for the hosts.