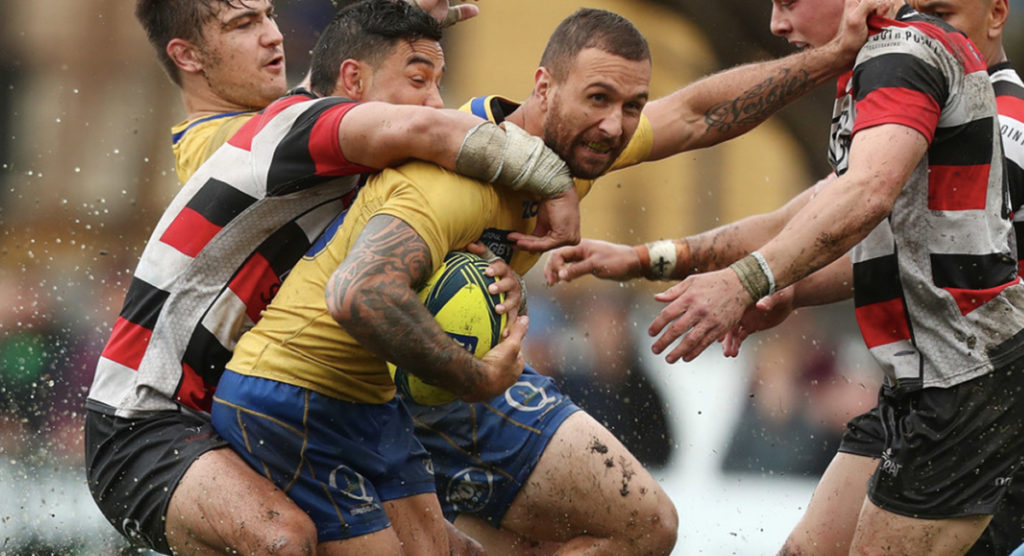 Quade Cooper was back to his dazzling ways for Brisbane City in Australia’s National Rugby Championship over the weekend. The former Wallaby showed some trademark impressive skill to keep a touch-finder in play on a rain-soaked pitch.

Canberra Vikings outlasted Brisbane City 13-10 in terrible conditions at Bottomley Park. Cooper backed himself earlier in the match with a try but missed two conversions, making the final score even more difficult to swallow.

The win means the Vikings will head into next weekend’s semi-final against Fijian Drua, while Brisbane City head home.

The latest rumours swirling around Cooper is that he’ll be signed by the Melbourne Rebels, perhaps even by the end of the week. That should put to bed one of the biggest questions surrounding Australian rugby at present.

Cooper’s hard work could give him a serious chance to get back into the national setup prior to the 2019 World Cup. As this video shows, the 30-year old still has plenty of skill and imagination left. Time will tell if he’s plugged various other gaps in his game that saw him banished from the Reds.

Speaking on Cooper’s future, Brisbane City head coach Mick Heenan said: “Quade has been really positive for us with his leadership but everything I’m hearing is that it’s the Rebels from here.”

The video should start at Cooper’s skill automatically. Skip to 2:15 if it doesn’t.