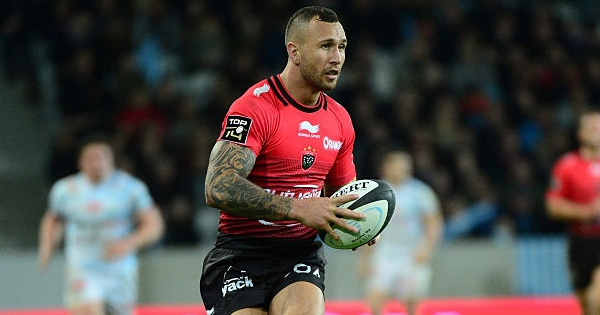 Toulon snuck past Racing 92 this past weekend with a dramatic 21-20 win that left Italian prop Martin Castrogiovanni a little red-faced after he gave away a penalty with time up. Earlier in the match Quade Cooper pulled off this slick piece of skill while being tackled by Dan Carter.

Cooper, recently back from his time on the World Series Sevens circuit, was playing in the fairly unfamiliar role of fullback, but still had time to show off some of that trademark magic.

With time almost up, Racing broke away and All Black great Carter scored what seemed like the winning converted try, before Castrogiovanni’s blunder at the restart gave Toulon’s Frederic Michalak a shot at snatching the win, which he slotted down the middle.

You can view Cooper’s neat bit of skill above, and the highlights recap below