Referee fitness in the modern game, with Craig Joubert 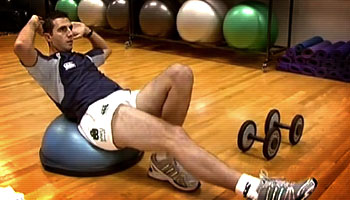 England host the Wallabies at Twickenham tomorrow with man in the middle Craig Joubert taking charge of proceedings. While the scrum will be a big focus, its Jouberts general fitness around the park that might determine what kind of decisions he makes.

With professionalism came a big change in the way the game was played, watched, and officiated. As with everything in life, change is constant so as technology improves, its gradually being applied to rugby to enhance the game for all involved.

Weve now got pundits chatting about the game at halftime with iPads in hand, experiments with matches being filmed in 3D, and the ability to interact directly with players through that buzz word everyone loves, social media.

Referees, often the most scrutinised men on the field come the final whistle, are also pushing the limits of their trade as theyre now being required to reach and maintain stringent fitness levels.

Joubert, who took control of the Super 14 and Currie Cup finals recently, is an IRB panel referee and as such needs to be in peak condition to maintain his standing as one of the best in the game. He chatted to Total Rugby recently to show off his new device that monitors every aspect of his training and matchday performances.

Gone are the days when Test referees are overweight, experienced men who doddle along in the hope of keeping up with play. The top professional refs are now younger, fitter, and more in tune with the game than ever before.

A large amount of thanks must be placed on new health and fitness training programmes put in place by the IRB, and the help of supplements, keeping referees stronger, with more stamina than ever before. The equipment referees now have access to is also key in continuing to aid the development of the refereeing elite.

Its perhaps ironic though that as this type of technology develops and improves, we the fans are also getting closer to the action with big screens in the stadiums, fantastic TV and online coverage, and replays of every single controversial decision.

Referees will always take a lot of flak because of that, but being the fittest they can be certainly puts them in the best possible position to make sure those 50-50 calls go the right way.