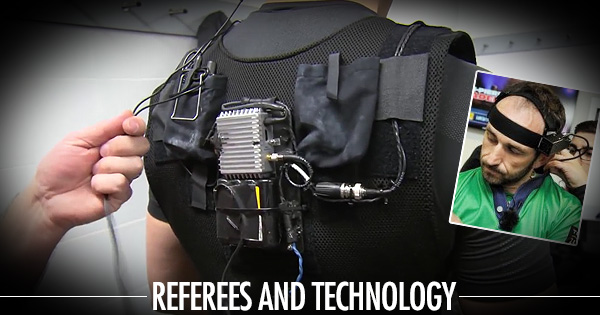 The world of technology moves at a rapid pace, so with all the developments taking place around the globe, resident engineer (and referee) Stephen Phillips takes a quick look at how current and future technology can help referees make better decisions on the pitch.

We’ve all been there: a crucial game with only minutes to go. The opposition are camped 5m from the try line, throwing everything they’ve got at you. They need to get a score to win the game.

But you’re having none of it, let them come. You’re having the game of your life smashing player after player with bone crunching tackles. You’re going to win this!

Then you hear it… The whistle has blown as the referee says you were offside, but you know you weren’t. Their out half goes through the motions and slots the penalty to win the game.

You couldn’t have been that stupid, could you? You don’t argue with the referee (because this isn’t soccer), even if you are fuming. But what if there was a way to know for sure?

Refereeing is a tough job. Trying to keep tabs on 30 players is no mean feat. Don’t believe me? Try refereeing your local J3 side and see how you get on. Not to mention the ferocious speed at which Test rugby is played at these days.

In this article we will look at some of the technology that referees use to help them make better decisions on the pitch, and hopefully answer our offside question.

So what do referees at the top level use to help them on match day?

Work starts ahead of the game with some video analysis. Just as teams do analysis on the opposition, refs do their homework on the two teams and individual players.

Using previous match footage, the referee is looking at how each team will approach the game to determine if it is likely it will be a free flowing wide to wide game, or forward oriented set piece contest.

Individual players are assessed to see which areas of the game they are likely to offend, so the referee can focus on these from the start.

On match days, referees are kitted out with some serious gear. Have a look at the clip below showing John Lacey getting suited up. The harness he wears includes a chest mounted camera and communication link to the Television Match Official (TMO) and assistant refs.

However, while the addition of the TMO to the game can help with decisions, it adds yet another person’s opinion to the mix. Slow motion replays can highlight offences, show the grounding of a try or quite often, make collisions look much worse than they actually were.

Below is a bizarre clip showing when a TMO has in fact not helped matters at all.

So while more eyes on what’s happening is a good thing, more opinions or points of view may just complicate matters.

Hawk eye technology is used to confirm successful kicks at goal and can relieve that decision from referees and assistants. It’s a simple pass/fail and the pressure on officials is greatly reduced.

But isn’t there something already in use that could help make decisions clear cut?

Players have had GPS trackers on shirts for a while now.

If live data was given to officials, players positions could be shown to the TMO and some simple scripts written to alert the referee when a player is offside. 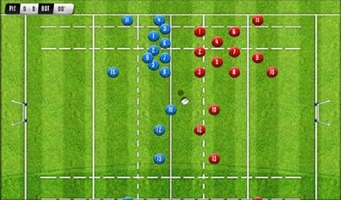 But why stop there? Add a GPS to the ball and a pressure sensor – no more missed forward passes, and groundings could easily be confirmed. Surely anything that takes uncertainty out of the equation is a good thing.

But if referees got it right all the time, what would we have to complain about?

Let us know your thoughts on the topic, as there are sure to be some good ideas