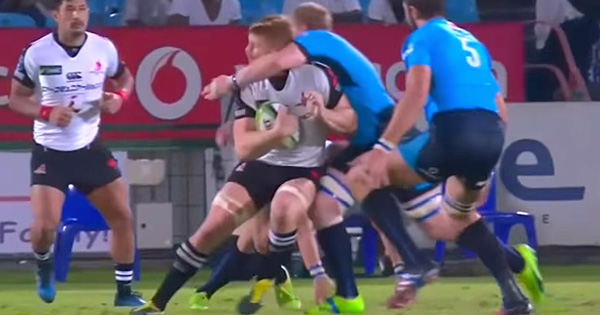 Bulls flanker Renaldo Bothma received a red card and four week suspension for this high tackle against the Sunwolves in Super Rugby last weekend. Bothma pleaded guilty to the charge of contravening Law 10.4(e) Dangerous tackling of an Opponent.

“Having conducted a detailed review of all the available evidence, including all camera angles and additional evidence, including from the Player and submissions from his legal representative, Adrian Montzinger, the Foul Play Review Committee upheld the red-carding of the Player under Law 10.4(e) Dangerous tackling of an Opponent”

“The player is therefore suspended for 4 weeks, up to and including Saturday 15 April 2017.”