RETIRING: Mathew Tait tribute video will remind you just how good of a rugby player he is 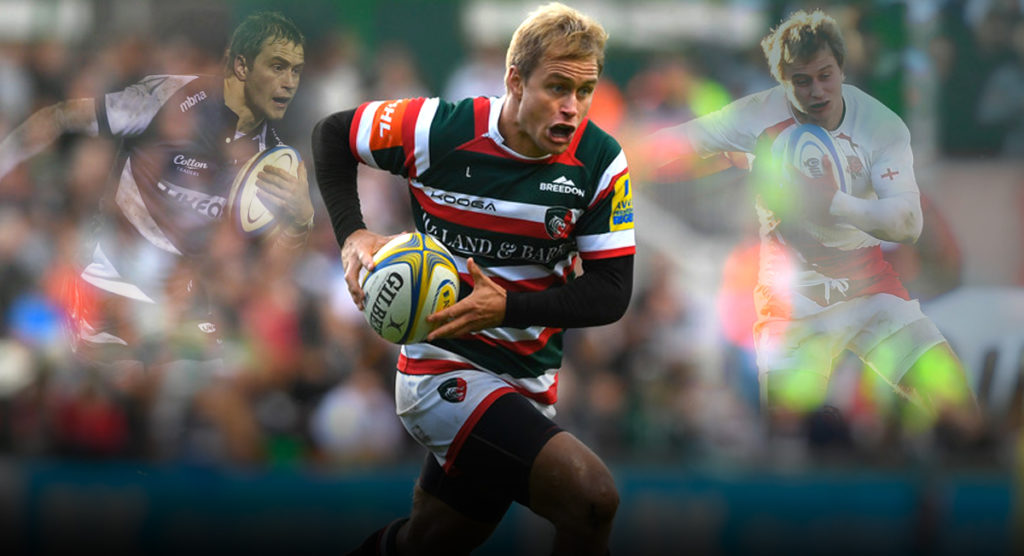 Leicester Tigers and former England back Mathew Tait has announced his retirement after 15 years in professional rugby. Tait has opted to retire after persistent injury concerns.

After making his England debut as an 18-year-old, Tait was a World Cup Finalist in 2007 and has spent the last eight seasons with Leicester Tigers, following previous spells with Newcastle Falcons and Sale Sharks.

He has taken the decision to retire on medical advice due to an Achilles injury which has affected his availability this season.

Tait, 33, said: “It isn’t how I planned to finish up but ultimately, this ongoing problem with my Achilles has caught up me and, on the advice of people much more in the know than me, it’s the right time to call it quits.

“I’ve thoroughly enjoyed my time at Tigers over the past eight years. Having played against Leicester before arriving at the club, it was a dream to be able to call Welford Road home and I leave having enjoyed many special memories with a lot of special people over my time here.

“I’ve been so fortunate to achieve many things in the game and it’s hard to pinpoint one highlight, let alone a few, but obviously being able to win the Premiership with Tigers stands out, as well representing my country and, of course, playing in a World Cup Final.

“I also think being able to have played against and alongside my brother Alex is something I’ll always remember as being very special.”

Tait made his Tigers debut in September 2011, won a Premiership title in 2013 and also captained the team, including a European Cup semi-final in 2016 and the Anglo-Welsh Cup Final victory a year later. He collected his club cap after making his 100th starting appearance in January 2017 and totalled 143 games for the Welford Road club.

“I owe a lot to a lot of people who have made it possible for me to live out my dream and I thank every one of those people who have played a role from my school days, through Newcastle and Sale, England and, of course, here at Tigers,” Tait added.

“I’m grateful for the friends I’ve made and the experiences I’ve had alongside such great team-mates and working with fantastic coaches.

“I also have to thank my family, especially my parents and my wife Alexa, and also all of the supporters from clubs I’ve represented, in particular, the incredible Tigers supporters who make this club so great and make Welford Road the best club rugby ground in the world.”

Tigers head coach Geordan Murphy said:  “As a senior player, he has been influential here on and off the field and has given great service to the club. He will always be welcome at Welford Road and we wish him and his family all the very best for the future.”

RETIRING: Mathew Tait tribute video will remind you just how good of a rugby player he is | RugbyDump - Rugby News & Videos