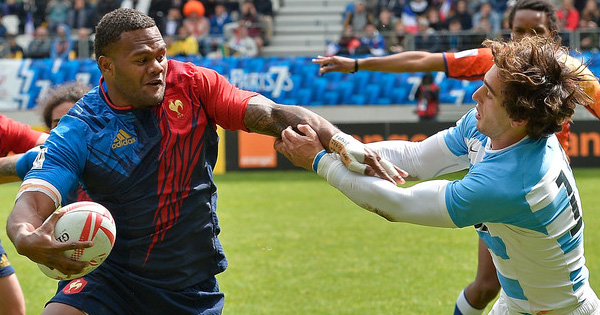 France come into Rio 2016 as one of the most successful teams in Olympic history, having won the first competition back in 1900, before going on to become beaten finalists in both the 1920 and 1924 Games. The fact that their women are fielding a team is a greater achievement still, as prior to 2014, they didn’t even have one.

The Fédération Française de Rugby had lamented about the lack of interest in the reduced format of the game and the side looked set for the axe, until efforts were re-focused for a shot at making the Olympic Games. The results have been impressive and several key players have risen to the top.

Fijian-born Virimi Vakatawa has been known to die-hard rugby fans for many years but the 24 year-old has only just made onto the international stage, making his 15-aside French debut in this year’s Six Nations.

The former Racing 92 winger has been part of the 7s outfit since 2013 however and has used his array of skills to great effect. It was only natural that the quietly brilliant Vakatawa would travel to Rio.

He is joined in this World Rugby video by a stalwart of the French 7s side, Julien Candelon. The Agen local first made it onto the scene in 2005 and the Olympics could very well be his swangsong.

On the ladies side, there is talent to burn, however they were beaten 26-7 by New Zealand and 15-5 by Canada on day two, meaning they did not qualify for the semi finals.

Today they will face Spain in the 5th place semi final.