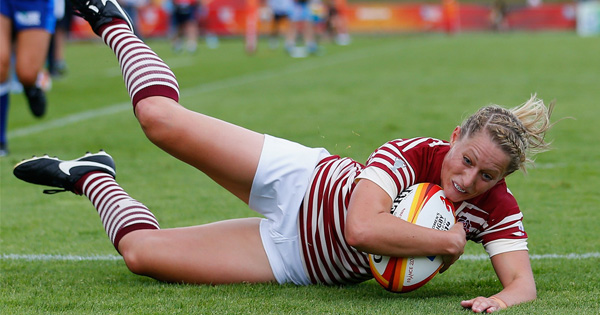 Great Britain come into this year’s Rio 2016 Olympic Games in a unique position in that they are the only entrant to be formed from a selection of individual unions. Today we look at two players who will feature in Rio, as well as the opening fixtures and squads.

Across both the men’s and women’s teams, England form the bulk of the traveling contingent to Brazil. In total, there are nine Englishmen, three Welshmen and two Scots representing the men, while all but two of the women come from the English professional squad.

As England Sevens player Natasha Hunt explains in this video courtesy of Team GB, the prospect of running out at the Deodora Stadium in Rio for GB’s first game against Brazil on August 6th is a realisation of a young girl’s dream.

“I used to stand in my grandmother’s kitchen and say that I wanted to play for England. That dream obviously became a reality and now to wear the Team GB logo and to be actually going to the Olympics is just phenomenal,” said Hunt.

The men’s side features the talented 25 year-old Dan Bibby. Bibby made his England Sevens debut in the Glasgow leg of the 2011/12 World Sevens Series and has since gone on to become a steady figure in the national squad.

Over his career, he has scored 35 tries and 321 points in 108 matches. The World Rugby video below looks into the man himself.