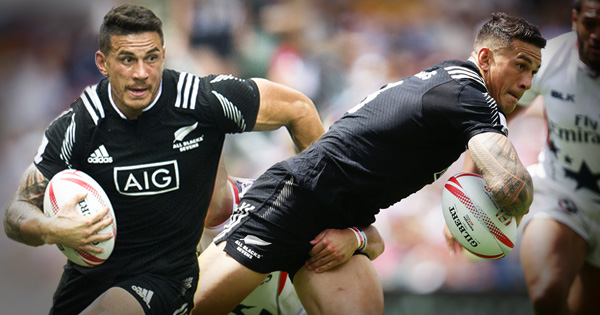 One of the biggest spectacles of rugby sevens at the impending Rio Olympic Games will undoubtedly be the presence of New Zealand’s superstar Sonny Bill Williams. SBW has done it all: twice a World Cup winner and Super Rugby champion in union as well as illustrious spells in Rugby League and Boxing, and now an Olympian.

Williams made his 7s debut with the All Blacks in January this year at the Wellington Sevens. He then went on to take his first World Series medal in the Sydney tournament before being named in the 12 man Olympic squad in July.

Speaking before the official squad was announced to World Rugby, Williams gives us an idea of his passion for his country as well as the Sevens game as a whole.

Fans of rugby of any kind will be eagerly anticipating Williams’ arrival on the Olympic stage. Possessing an array of offloading skills and strength in defence has set him aside as one of the most talented individuals in the world.

And with the skill available within the New Zealand squad – captained by Scott Curry – few would write off the Kiwis taking their first Olympic gold medal come 11th August.

The women’s side have just as big an opportunity to taste success in Brazil, but they haven’t enjoyed their best season in the World Series. Overshadowed by biggest rivals and neighbours Australia in 2016, Sean Horan’s squad come into the Olympics as medal hopefuls rather than outright favourites.

They are however the reigning World Cup Sevens and 2014/15 World Series champions and should be there to pounce if Australia start to feel the pressure.