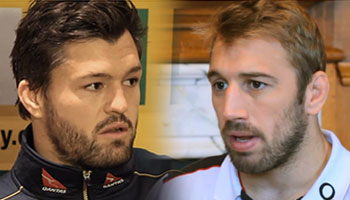 England have named Billy Twelvetrees in their starting XV to take on the Wallabies at Twickenham this coming weekend. The Gloucester back’s selection means that Owen Farrell moves to the bench, while George Ford is retained at flyhalf. The Wallabies have now also named their team.

England go in to the game as slight underdogs with current odds of 11/10 for the win, as opposed to Australia who are 10/11 favourites.

England coach Stuart Lancaster said that he was pleased with Twelvetrees’ commitment of late.

“It’s good to be able to give Billy his first start of the series,” he said.

“He took on board the feedback we gave him when he first came into camp and he has worked hard both with us and at Gloucester and deserves his chance.”

Australia meanwhile have named a starting line-up which includes three changes from the team that lost to Ireland in Dublin at the weekend. Tevita Kuridrani is unavailable due to an ankle injury, so Adam Ashley-Cooper moves to outside centre, with Rob Horne starting on the wing.

Impressive youngster Sean McMahon returns to the starting XV at blindside flanker, while the rest of the line-up is effectively unchanged on the occasion of lock Rob Simmons’ 50th Test. The bench will be finalised and announced closer to the match.

Ashley-Cooper spoke about their previous encounter with England and says that despite things not going entirely their way on this tour, they are now are more settled side.

“We’re in far better shape than at the beginning of the tour,” said the Wallaby centurion.