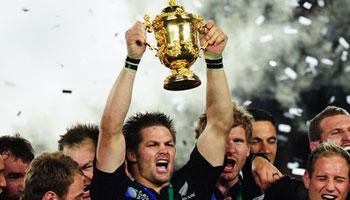 New Zealand have been partying hard since Richie McCaw lifted the William Webb Ellis trophy at Eden Park on Sunday. Rugby World Cup Daily covers the build up to it, and the reactions after the win. The IRB Awards evening has also taken place, and there’s been an update in the IRB World Rankings.

A ticker tape parade through the streets of Auckland was greeted by hundreds of thousands of All Black fans as the team, coaches, and support staff showed off the much sought after trophy. The same thing will happen in other parts of New Zealand over the next few days.

They’ve also attended the IRB Awards Evening, where the All Blacks picked up Team of the Year, and Graham Henry got Coach of the Year. Also in attendance were France, with their captain Thierry Dusautoir earning the prestigious IRB Player of the Year title.

“This tournament was hard for me because we had our ups and downs. After the Tonga game it was really hard for all of the boys, but then we had the the quarters, semi and final, a great semi, and we are happy to be here, even if we’re also disappointed,” he said.

The IRB Official World Rankings were released today, with New Zealand unsurprisingly staying on top after their World Cup win. Australia, who came third after beating Wales, stay second, while France and South Africa are at third and fourth respectively. Wales’ loss to Australia cost them, as they finish the tournament in eighth place despite reaching the semi finals.

Below are the current Top 20 teams. You can view an explanation of how the rankings work here. 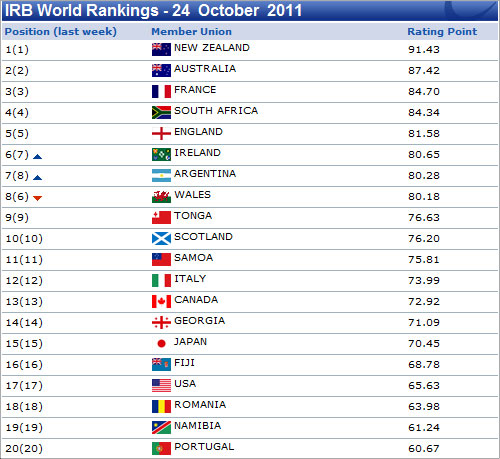 The last Rugby World Cup Daily show looks forward to England 2015, wraps up what went on with the final, and they reflect on the tournament.