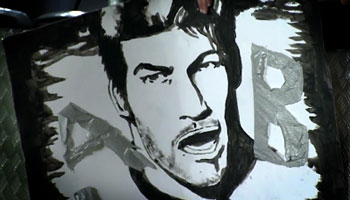 If you’re in New Zealand, or on that time zone, today is the day. If not, it’s just a few hours of sleep then an exciting morning for the rest of us, as we’ve got New Zealand vs Tonga to look forward to. In today’s RWC Daily, the first round is previewed.

Before that though, there is the usual opening ceremony, which lets be honest, can be a bore on occasion. It’s all about kick off and nobody is really that bothered about all the colour, dancing, and displays of local culture. Having said that, at times we can be blown away by what a host nation puts on, so it’ll be interesting to see what Eden Park has in store.

Pool B is featured in the video too, as Scotland face Romania and England take on Argentina, the latter of which should be a fascinating game. For now though it’s all about the opening match, as Tonga have been preparing to face the almighty AB’s in their own backyard.

There’s a large Tongan following in New Zealand though, so the small nation will be looking to give the hosts a real battle, especially up front where they bring a lot of European experience to the pack.

The man with the weight of a nation on his shoulders, Richie McCaw, has final say as he talks about great  expectations. In is third and no doubt final World Cup, McCaw will be doing everthing in his power to ensure that his beloved countrymen aren’t disappointed come October 23rd.

On a sidenote, our new Rugbydump App is live and racking up the downloads. You can get it on iPhone, iPad, iPod Touch, and Android. It isn’t available on Blackberry’s at this stage unfortunately.
Download it now from the App Store & Android Marketplace for free