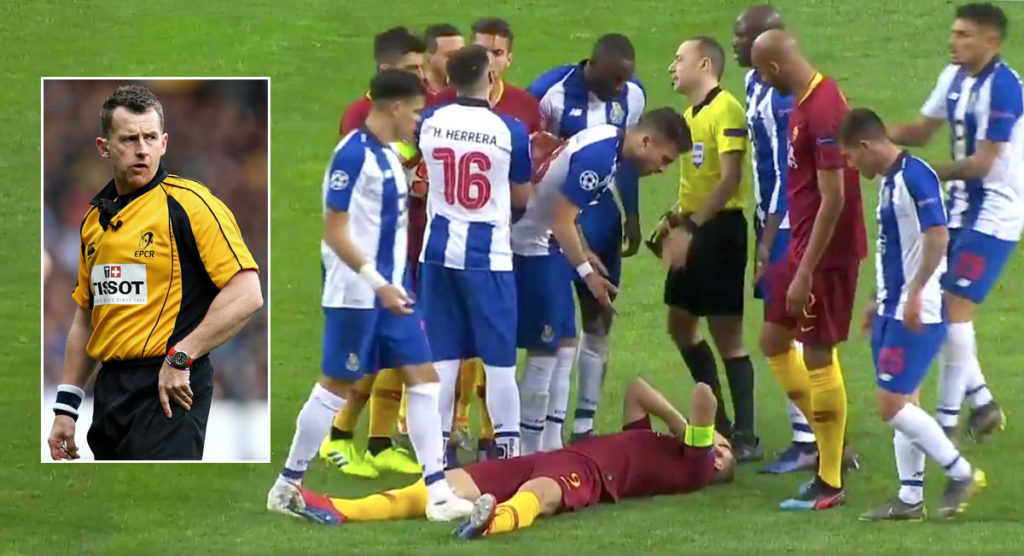 A number of rugby players, past and present, have taken to Twitter to discuss a farcical dive in football’s Champions League. The incident saw Roma’s Edin Džeko belatedly fall to the ground when the referee was near, after touching heads with an opposition player.

It was a flagrant act of cheating, with the aim of getting the other man sent off.

In light of this, a number of players have derided him, with plenty of tongue-in-cheek retorts.

I nearly drowned. I flatlined multiple times. I had pneumonia and MRSA septicaemia. I've been left paralysed from the top of my shoulders down.

But this video really puts things into perspective. Thank Dzeko for showing me what a real injury looks like. #PrayForDzeko https://t.co/7dqjUzMQGm

Rugby, of course, is not exempt from behaviour like this, but it is much less rife and has perhaps never seen something as deplorable as this.

But with the danger of this actually becoming more common in rugby, some do not see the funny side in this as much.

This is mental, VAR should be used to send Dzeko off 😂 https://t.co/GNxmQzWMkh

Even referee Nigel Owens had his say on the matter, saying behaviour like that is not acceptable in any sport.

Embarrassing behaviour by Dzeko. YC both or at least stern talking to the both of them for the foreheads to foreheads. But then a red card should to be given to Dzeko for his play acting and trying to get Pepe sent off. No matter what sport it is this is not acceptable. https://t.co/IxvGKbQGrM

Rugby players and footballers often get compared to one another and how they conduct themselves on the pitch, and it is a debate that will rage on. But this does not do footballers any favours.