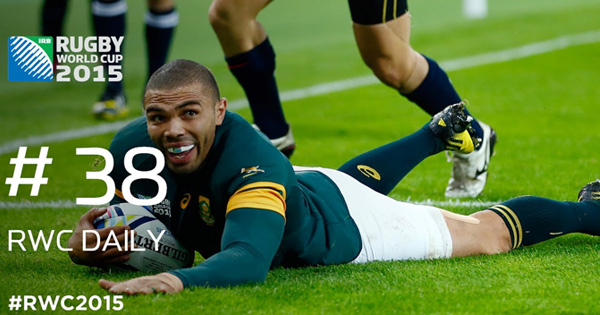 As the controversy surrounding Sunday’s final Rugby World Cup quarter final between Australia and Scotland has thankfully died down, attentions are now appropriately turned towards the last four encounters this weekend.

The tournament’s semi finals will be unique in that it will be an all southern hemisphere affair for the first time in World Cup history. South Africa play New Zealand in the first fixture at Twickenham on Saturday before Australia face Argentina on Sunday at the same venue.

The preview also reflects on Springbok winger Bryan Habana, including every one of his record equalling 15 tries in the competition, from his first against Samoa in 2007 to his most recent against Scotland at the beginning of October.