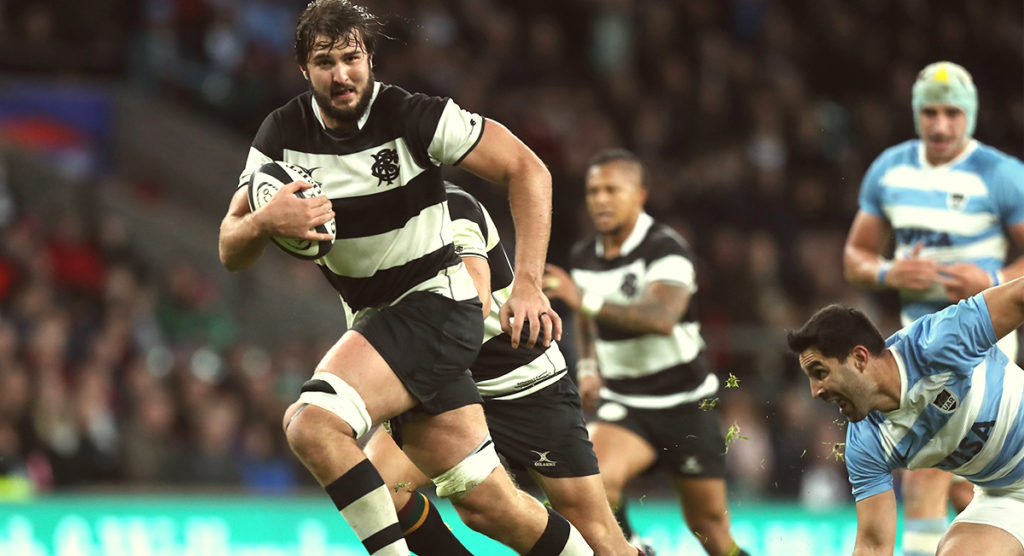 Sale Sharks have announced the signing of yet another South African, as Bulls second row Lood De Jager has put pen to paper. When he joins will be dependant on Springbok selection for the upcoming Rugby World Cup in Japan.

The 26-year-old started his career with the Cheetahs and quickly burst into the spotlight after a stellar first season. The 6ft 9in powerhouse went on to make 40 Super Rugby appearances for the Bloemfontein based franchise and was rewarded for his outstanding form in 2015, winning the prestigious SA Rugby Player of the Year award.

Known in Super Rugby for his superior physical presence, the 125kg second-row was quickly recognised by the Springbok hierarchy as an upcoming talent and was selected for the national side in May 2014, at just 21 years old. The experienced line-out operator has now won a total of 38 caps for South Africa.

In 2016 De Jager made the switch from Bloemfontein to Pretoria, signing for the Vodacom Bulls ahead of the 2017 Super Rugby Season. He has gone on to make 20 appearances for the Bulls, and was awarded the captaincy ahead of the 2019 season.

“I am extremely pleased to secure the services of Lood for the 2019/20 season. He is a world class line-out operator with lots of experience at the highest level and offers a huge physical presence around the pitch. Lood’s signing is a statement of intent in our endeavour to become a force in the Gallagher Premiership and Europe over the next three years.”

“Firstly it is a great honour for me to join Sale Sharks, they are a club with great tradition and really high ambitions and they are building something really special. It’s exciting to be a part of and I’m looking forward to joining up with the guys in Manchester later in the year.”

De Jager has signed a three year contract with the club and will arrive in Manchester ahead of the 19/20 Gallagher Premiership season or if selected, after the Rugby World Cup.