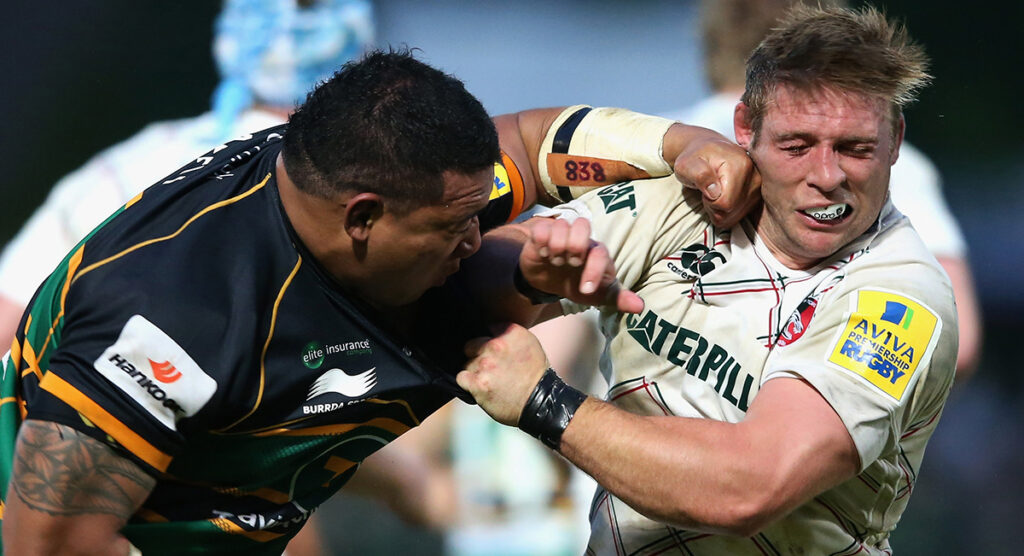 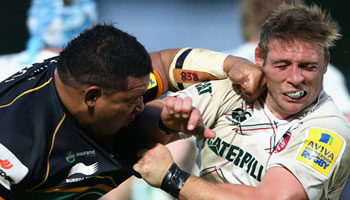 Northampton Saints prop Salesi Ma’afu has received a one week ban for punching Tom Youngs in the Aviva Premiership Semi Final. You can view the incident below, as well as an animated gif and the viral Twitter interaction between the players on page two.

The two came to blows at the back of a rolling maul and after a bit of a slap to the side of the head and a few other exchanges, Ma’afu lost his cool and unleashed an almighty one-two combination that floored the England and British & Irish Lions hooker.

Referee JP Doyle handled the situation well and opted to yellow card Youngs, then red card the hard hitting prop, who was later cited and faced a disciplinary hearing earlier this evening.

After the game, Ma’afu tweeted Youngs: “The jersey can overcome us in the heat of battle. I owe you a pint. #respect,” in response to Youngs wishing him well in the final.

Via teleconference Ma’afu pleaded guilty to a charge of striking an opponent contrary to Law 10.4.A.

He has been given a one week ban and ordered to pay £500 towards hearings costs. He is free to play again on May 26th, so will be available for the May 31st Aviva Premiership Final.

The tweets between the two players have gone viral this week, with thousands of retweets and plenty of news stories on various sports websites. View the tweets (and a great gif!) below and remember, what happens on the field stays on the field.

The well received, and now viral, Twitter exchange between the two can be seen below.