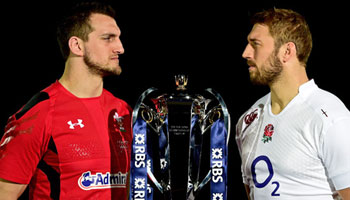 Sam Warburton will win his 50th Test cap for Wales when he leads against England in the opening Six Nations 2014 match on Friday. The Welsh team has been named early, and features just two changes from the XV that beat South Africa in November.

Coach Warren Gatland named his team this morning, 48 hours ahead of schedule. The starting line-up features the return of British and Irish Lions Richard Hibbard and George North.

Hooker Hibbard will scrum down with Gethin Jenkins and Samson Lee, with Jake Ball and Alun Wyn Jones packing down behind. Skipper Warburton is named in a familiar back row with Dan Lydiate and Toby Faletau.

Ospreys duo Rhys Webb and Dan Biggar continue at half-back with Jamie Roberts and Jonathan Davies continuing their partnership in midfield. Winger George North is the only change in the backs and lines up in a back three along with Alex Cuthbert and Leigh Halfpenny.

“We decided to name the team early to give the players the best possible chance of preparation”, said head coach Gatland. “It was a tough call on the two changes we have made from the side that beat South Africa, but its good to have these and other tough selection decisions and it’s a strong position to be in.

“We are excited about kicking the tournament off on Friday against a strong England side in front of a packed Millennium Stadium.”

At the official Six Nations launch Sam Warburton said that he is determined to help his side win their third Championship title in four years.