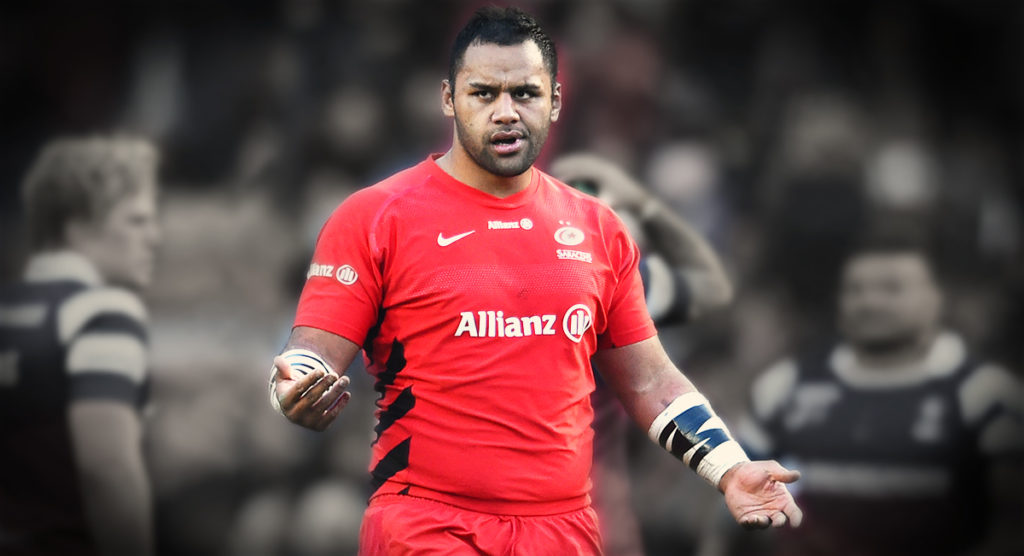 Saracens have made a statement regarding Billy Vunipola after the England number eight expressed his apparent support for the controversial message Wallabies fullback Israel Folau posted almost a week ago. The club and Vunipola met to discuss at length.

Vunipola was heavily criticised for getting involved in what was already a huge media and public scrutiny storm, as he came out to defend both himself and Folau after it had been noted that he had liked the Folau post on instagram. On Saturday he was reportedly booed when coming off the bench for Saracens in their Gallagher Premiership match against Bristol.

After initialy stating that they were concerned and would deal with it internally, Saracens have said the following:

“At Saracens, we are one family, open to all with the firm view that everyone should be treated equally with respect and humility. We recognise the complexity of different belief systems and understand Billy’s intention was to express the word of God rather than cause offence.

“However, he made a serious error of judgement in publicly sharing his opinion, which is inconsistent with the values of the Club and contravenes his contractual obligations. The player has been formally warned about his future conduct.”

This is the post he made, trying to explain his position on Folau’s thoughts.

So this morning I got 3 phone calls from people telling me to ‘unlike’ the @izzyfolau post. This is my position on it. I don’t HATE anyone neither do I think I’m perfect. There just comes a point when you insult what I grew up believing in that you just say enough is enough, what he’s saying isn’t that he doesn’t like or love those people. He’s saying how we live our lives needs to be closer to how God intended them to be. Man was made for woman to pro create that was the goal no? I’m not perfect I’m at least everything on that list at least at one point in my life. It hurts to know that. But that’s why I believe there’s a God. To guide and protect us and forgive us our trespasses as we forgive those who trespass against us.

He has since issued a statement along with Saracens:

“I can see that my recent post has hurt people. My intention was never to cause suffering. My intention was to express my belief in the word of God. These beliefs are a source of great strength, comfort and guidance in my life. This is deeply personal and does not represent the views of my team.

“Anyone who knows me, knows I live with kindness and love towards ALL people. I have faith. My Christian faith has sustained me through the ups and many downs of my life. God has given and continues to give me many reasons in life to be grateful.”