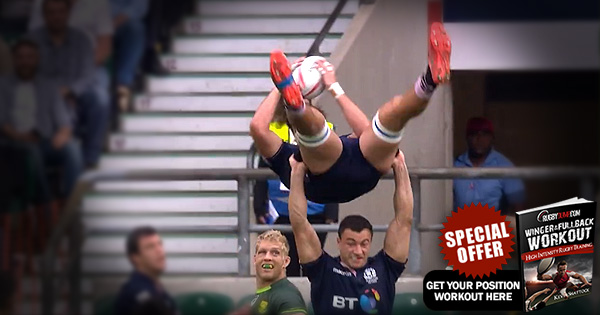 A few years again Tendai ‘BEAST’ Mtawarira saved his teammate from flipping over by showing incredible strength to hold him up. He then did it again a year later, that time with a lock. Now Scotland 7s has shown us what happens when the player does actually flip over.

It was the London Sevens final and while Scotland won the match in dramatic fashion, earlier in the contest a restart kick was fielded excellently, but the support wasn’t quite there. A nice piece of athleticism meant that rather than land dangerously, the catch flipped over and onto his feet.

Note: If you can’t see the World Rugby video above for some reason, you can view it here