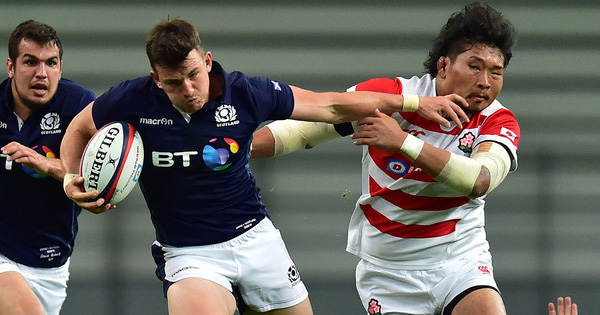 Scotland beat Japan 26-13 in the first of their two-match series in Toyota City on Saturday. Greig Laidlaw kicked four penalties and two conversions for the visitors. They picked up a penalty try and also scored through WP Nel, who powered over.

While Japan had a strong 2015 World Cup, this squad were missing 12 of the players that helped them beat Samoa, USA and South Africa.

Japan came into the match on the back of a 26-22 victory over Canada whereas Scotland hadn’t played any Test rugby since their fourth place finish in this year’s Six Nations in March.

“It was a good win,” Laidlaw said post match. “We probably need to tighten up a little bit more and be more accurate. We let Japan off the hook a little bit in the second half. But we’re here to win two games so we will look to improve for next week.”

The two teams will meet again for the second Test in Tokyo next weekend.