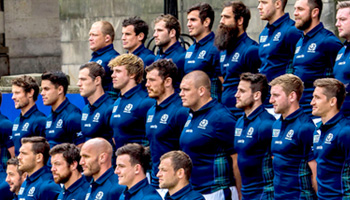 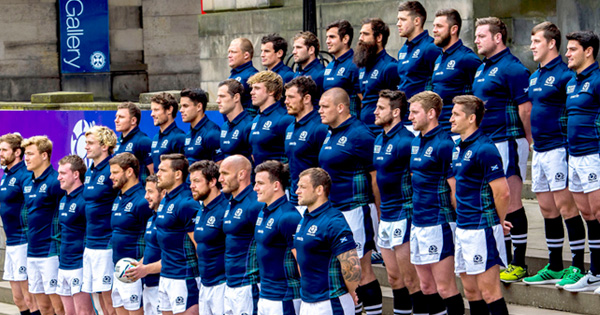 Scotland head coach Vern Cotter announced his final 31-man Rugby World Cup squad in Edinburgh on Tuesday. Among those selected, there were notable omissions, with both Blair Cowan and John Barclay missing out in the back-row.

63-time capped Jim Hamilton also missed out on selection and took the opportunity to announce his international retirement with immediate effect.

“Today is both a sad day and a day I feel extremely proud to have had. For I announce my retirement from international rugby,” Hamilton said in a personal statement.

“Never in a million Saturday afternoons did I think I would have represented this beautiful country of Scotland 63 times on the rugby field. I have loved every single moment of wearing the thistle and feel extremely humble to have done it for 9 years.”

“I wish everyone involved with Scottish Rugby all the best and I know consistent success is around the corner,” Hamilton concluded.

Cotter has called up South African-born ‘project signings’ Willem Nel and Josh Strauss to the squad, despite the latter not qualifying for Scotland until their second pool match against the USA on September 27.

Testament to the quality of back-rows in Scotland or perhaps a clear message sent by project signings is that Barclay and Cowan are joined on the side-lines by Glasgow’s Rob Harley who played every match of this year’s 6 Nations.

Sean Maitland joins Sean Lamont, Tim Visser and Tommy Seymour despite continuing his recovery from injury, while centre Alex Dunbar failed in his race against fitness after knee surgery.

Speaking at the squad announcement at Edinburgh University’s quad, Cotter said: “We’re very pleased to name the 31 and we’re confident these players will represent Scotland well in the Rugby World Cup.”

“It’s been a tough but rewarding two months. We’re proud of the effort everyone has put in to this point.

“Getting down to 31 has been a difficult process because all the players have represented themselves well in the opportunities given.

Cotter also said that his forwards/backs split was due in part, to the challenges the group possesses.

“We felt the split of 17 forwards and 14 backs gives us the best balance,” added Cotter.

“We have two games in four days followed by South Africa and Samoa, so we need to be robust and covered in both forwards and backs, while knowing we have players in the group who can play several positions.”