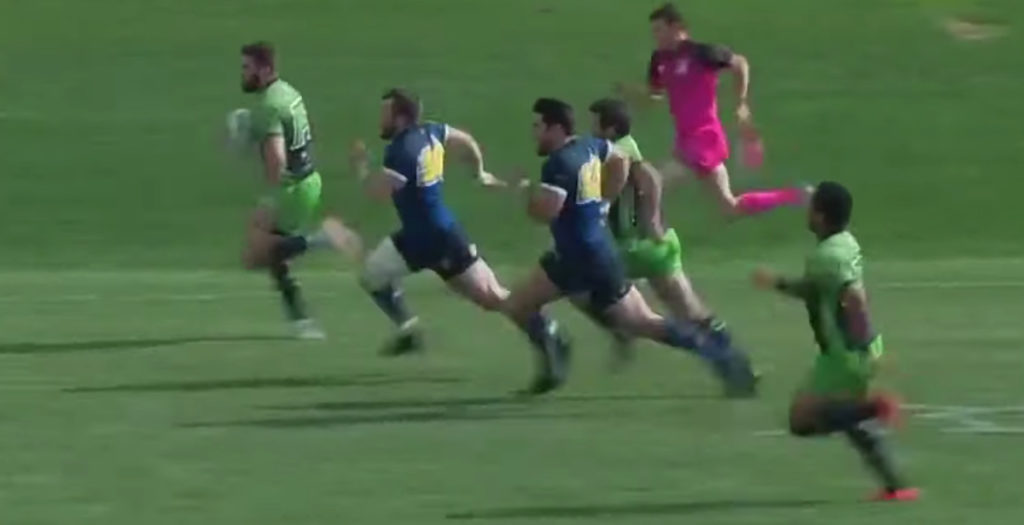 Mathew Turner of the Seattle Seawolves finished off a coast-to-coast try against Glendale Raptors to win Major League Rugby try of the week.

The move started with a scrum inside their own 22-metre line and the ball was shifted through the hands of the backline to Turner, who gave it onto his teammate on the wing.

The right winger then exposed what must be one of the slowest players in the division, before giving a return ball back on the inside to Turner who scored the try.

The game finished 36-53 to Seattle meaning they sit third in the table after 14 games and all five contenders for try of the week are available below: