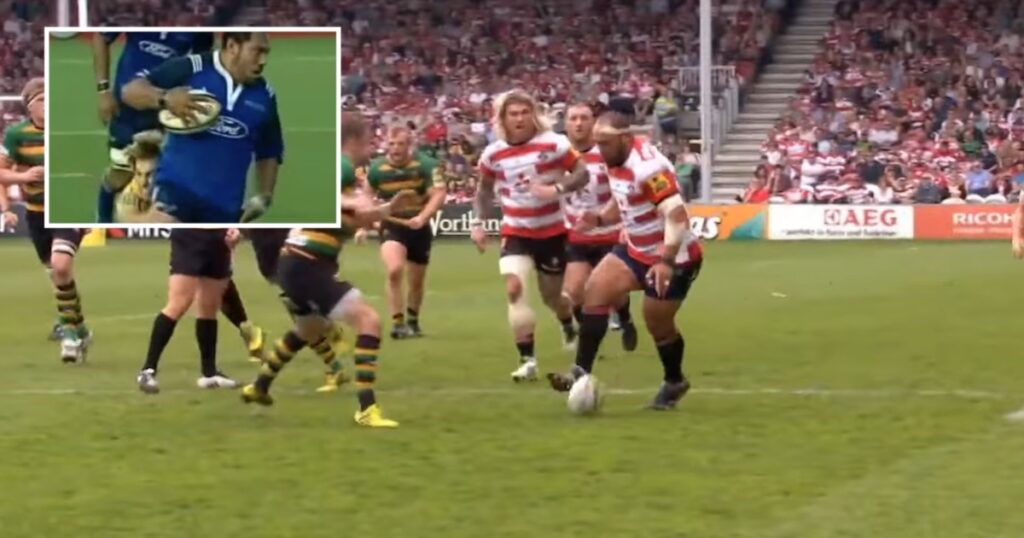 They say that players are built differently in the southern hemisphere, don’t they? While forwards and backs often have their own designated roles in the northern hemisphere, that’s not always replicated down under.

Former All Black John Afoa is one such player who ignores the typecast of a prop forward, and he has been quite happy to bring his skills up north post-international career and dish them out on the field. Be that for Gloucester, Ulster or Bristol Bears, Afoa has a knack for going against the norm.

He’s not the only forward to do so of course. Think Schalk Brits of Saracens as a distinctly contrasting type of hooker, or the dancing feet of Ireland’s Tadhg Furlong, forwards are now no longer required to stick it up the jumper and keep it tight.

WATCH: Blues Prop John Afoa playing like a back

Afoa is deceptively nimble on his feet and has a light touch when it comes to open field play. The 37-year-old has often shown a clean pair of heels in attack as well as some lovely hands to set up team-mate tries, while also getting across the line himself.

It’s no surprise that Afoa has played with some of the most attack-minded teams throughout his career, from the Auckland Blues to Ulster, the Barbarians and now Bristol in the Premiership.

The Newcastle Falcons prop has played in two Rugby World Cups but missed the 2015 tournament due to injury.