Sensational tries and funniest bits from the 2016 Dubai 7s 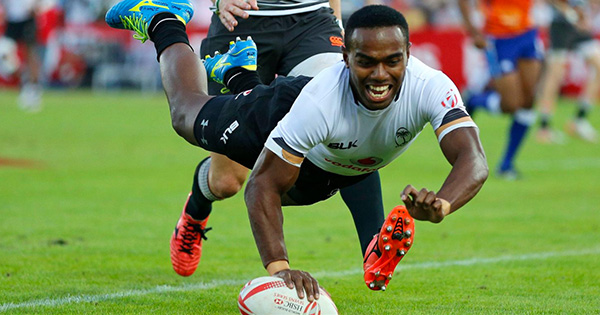 The 2016-2017 season of the HSBC World Rugby Sevens Series got underway in Dubai over the weekend and produced some breathless tries. Popular commentator and funny man Sean Maloney was also on hand for World Rugby’s new “Commentator’s Cut” segment.

With 51 debutants turning out at the tournament, the series started off with a bang.

There were tries being scored all over the park, many of which were scored by the usual suspects such as Jerry Tuwai, Perry Baker, and DHL Dubai Impact Player, Dan Norton.

This video highlights seven of the best, with perhaps the cream of the crop belonging to Uganda’s Philip Wokorach, and his amazing kick and chase.

Also, a special congratulations are in order for DJ Forbes for scoring in his 80th tournament, and France’s Terry Bouhraoua for scoring his 100th try.

As for Sean Maloney, he was tasked with the job of post-match voiceovers for World Rugby’s new “Commentator’s Cut” series, clearly inspired by Fox Sports’ Plays of the Week.

As usual, he puts his trademark wit and humour to good use in describing the action, including scores, big hits and other strange and funny moments. Enjoy.