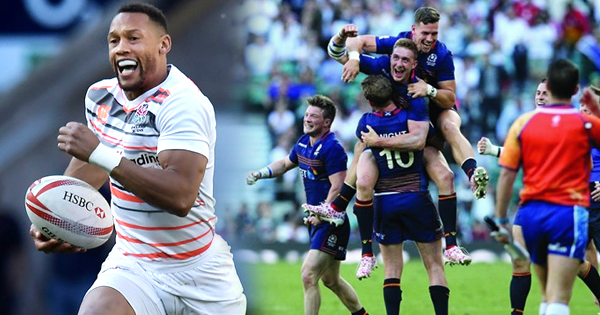 Scotland won the London 7s leg of the HSBC World Sevens Series for the second time in succession as they beat England 12-7 in the Cup Final at Twickenham. Meanwhile, South Africa were officially crowned champions, after claiming the overall series title a week ago.

Above are the best tries, while below you can catch up on all the knockouts action