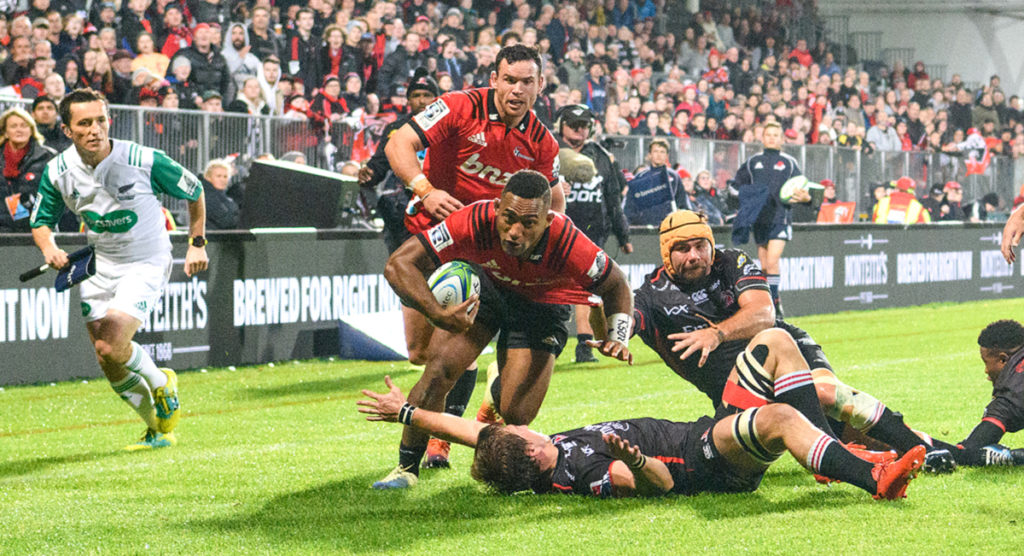 In a repeat of last year’s final, Super Rugby champions the Crusaders brushed aside the Lions in Christchurch on Friday. One of their young stars stood out as he played a part in just about everything.

In what is nothing short of a formality these days, Scott Robinson’s side extended the unbeaten streak at home to 25 games with a 36-10 win, as they dominated from minute one against a Lions side that have made the last three finals.

There were a few standout performances for the champions, but winger Sevu Reece was particularly dominant, as he scooped the Man of the Match award.

The Fijian-born winger was at his destructive best throughout the game, and the Lions simply could not handle him at times. He played a huge hand in the first try of the game, as he drew two defenders, before offloading to put Braydon Ennor in.

However, perhaps the moment of the match was his first try, which saw him burst through five attempted tackles, sending Springboks loose forward and Lions captain Kwagga Smith flying in the process.

At 5ft 10 and under 14 stone, Reece is deceptively powerful, as the Lions found out, and they were not the first side to experience the full force of the winger.

Sevu Reece activated BEAST MODE sending Kwagga Smith flying through the air on his way to scoring a fantastic try for the Crusaders against the Lions in their #SuperRugby clash 💥😲 pic.twitter.com/Uw55bwivoi

Reece also has undoubted pace to go alongside his explosive power, and that was exhibited for his second finish, as a deft grubber kick saw him outpace Springboks scrum-half Ross Cronjé.

It is hard to believe that the 22-year-old Reece was overlooked by the Chiefs, but the Crusaders will not be complaining as he has been a revelation this season.

Despite growing up in Fiji, Reece would be eligible to play for the All Blacks, and while there is a plethora of outside backs that Steve Hansen has to choose from, performances like this will surely give him an outside chance of being selected over the next year. While the World Cup may be a stretch, he, alongside a host of his teammates, must be on Hansen’s radar.