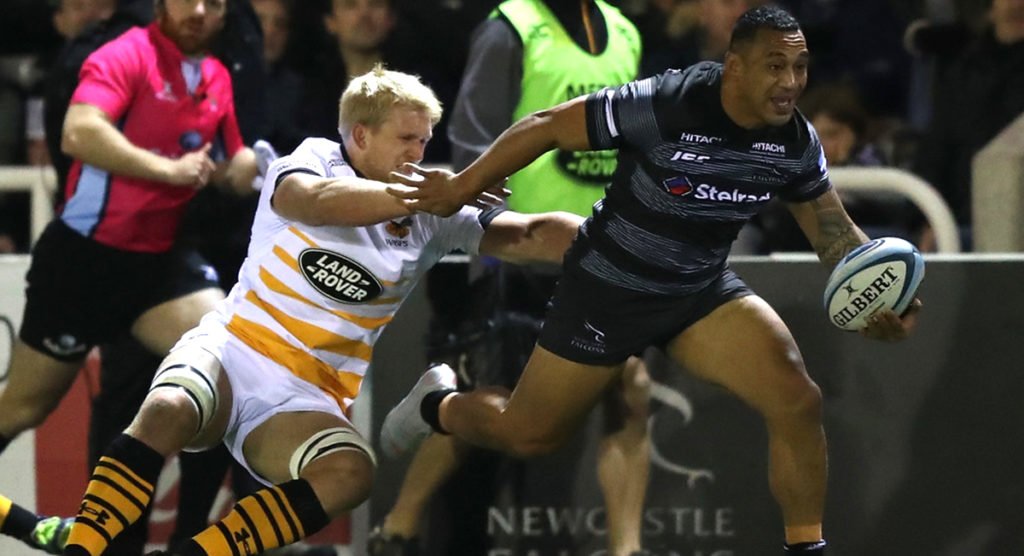 New Zealand born Samoan flyer Sinoti Sinoti may well have the most lethal feet on the planet, as he showed yet again this past weekend when Newcastle hosted Wasps at Kingston Park on Friday night.

Wasps edged the win 23-22 thanks to a Lima Sopoaga penalty with under ten minutes remaining, but it was Sinoti’s run for a Mark Wilson try that was arguably the try of the contest, and perhaps the weekend.

He made Marcus Watson, no slouch, look mediocre as he sent him one way then went the next before a beating two more players and then timing a one-handed pass perfectly as he was falling into contact. It was a classic try out of seemingly nothing.

“It’s like trying to tackle a jellyfish… it’s impossible. Where are you going to put your arms, you’re just going to slip out of it. It’s fantastic footwork,” said Austin Healey.

The try has rightfully made the shortlist for the Gallagher Premiership Try of the Week, alongside other great scores such as Danny Cipriani’s for Gloucester, which came from a great break from brilliant youngster Jake Polledri.

Elsewhere, we saw some great handling from Saracens and Harlequins, as well as a lovely crosskick for a Luke Morahan try for Bristol Bears.

Put your money on the Wilson try being named number one though, as Sinoti’s skill really was sensational to watch.