SKIVINGTON: Gloucester hit back at Irish over accusations of wrongdoing 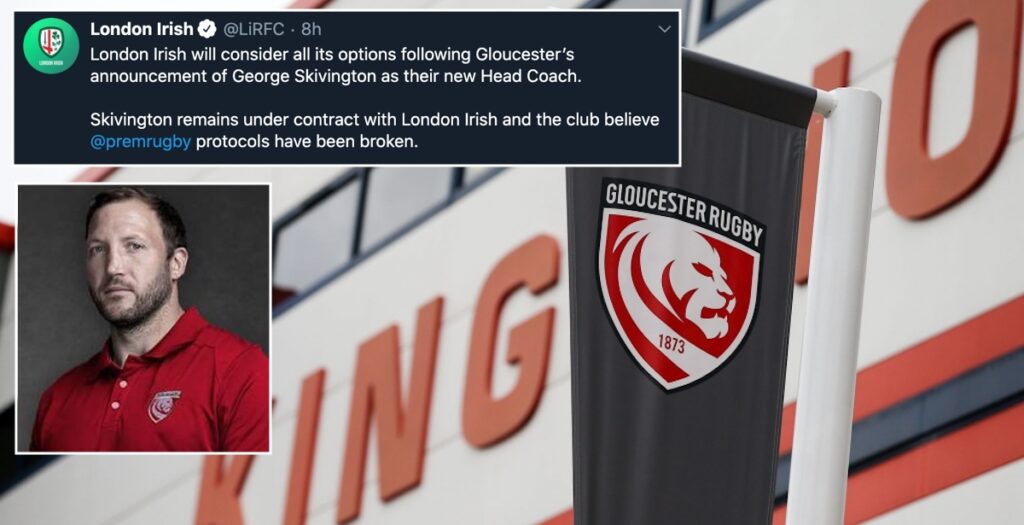 Gloucester has released a statement in response to London Irish’s claims that the club illegally approached George Skivington to hire him.

Following the news yesterday that Skivington had been named the new head coach of Gloucester in place of Johan Ackermann, Irish released a statement claiming that Gloucester had broken the Premiership Code of Conduct.

Now the Cherry & Whites have hit back with four points of clarification to defend their appointment of Skivington.

The statement read: “In light of the comments made in that statement, Gloucester Rugby wishes to clarify the position:

“1. Gloucester Rugby openly advertised its Head Coach role in the usual way. George Skivington (“GS”) was the stand out candidate following that process.

“3. Gloucester Rugby is therefore surprised and disappointed by both the contents of statement from London Irish, and the forum in which it was released, not least in view of the proactive efforts made by Gloucester Rugby during the course of this week.