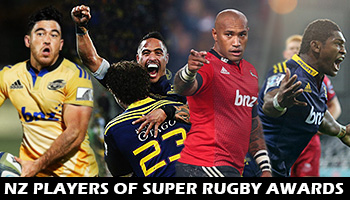 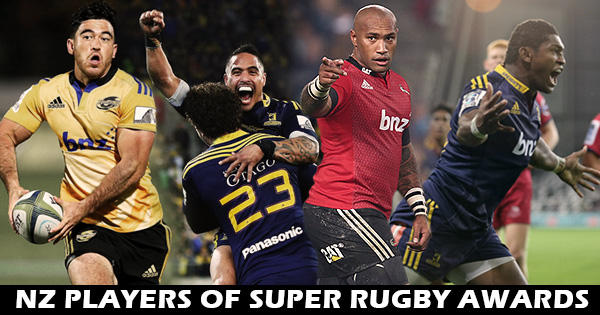 Here’s a look at who came up trumps in a year that featured two NZ teams in the final.

Rookie of the Year

Unsurprisingly, Nehe Milner-Skudder got the majority nod for Rookie of the Year after his superb season for the Hurricanes. With lightning feet and skills to match, Milner-Skudder tore nearly everyone’s defence apart this season.

Alex Ainley, a 33-year-old lock on a one-season contract, also got a worthy mention; his performances epitomised why the Highlanders won this season’s title.

Breakthrough Performance of the Year

James Broadhurst gets a deserved pick for Breakthrough Performance of the Year. The niggly lock has been ever present in a strong Hurricanes pack that reached the Super Rugby final and he has been rightfully included in New Zealand’s Rugby Championship squad.

Dan Carter also gets a nod after proving that he can still call for the shots for Crusaders and New Zealand in his last season in Super Rugby.

Most Valuable Player of the Year

Aaron Smith was the unanimous decision for MVP of the Year. The scrum half has been, along with Waisake Naholo, one of the Highlander’s top attacking weapons, scoring seven tries and tearing teams to shreds.

His decision making is probably one of the best in the world and his class with the boot stands him out from his nearest rivals.

Attacking Player of the Year

Speaking of Naholo, him and Nemani Nadolo share Attacking Player of the Year. Both gargantuan wingers have lit Super Rugby up this season; Naholo with his ridiculous pace for someone his size and Nadolo for his superb skill set for the exact same reason.

Both players are sure to light up the upcoming World Cup.

Defensive Player of the Year

Defensive Player of the Year was the award that split the panel. Malakai Fekitoa was mentioned for his superb reading of the game as well as his ability to strip the ball in the tackle, while Conrad Smith received a nod for his calmness, and for the fact that he very rarely missed a tackle. Loose forward Sam Cane also gets a shout after making the most tackles of any Kiwi player.

Is there anyone different who you believe should have won these awards? Who would get the awards from South African and Australian teams?