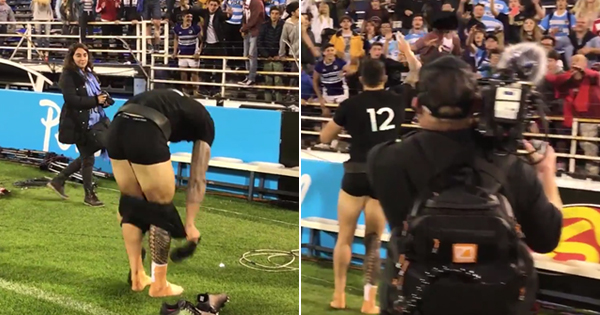 After the 36-10 All Blacks win over Argentina in Buenos Aires on Saturday, Sonny Bill Williams made at least one fan’s day when he stripped off his shorts and socks and tossed them into the crowd. It’s not the first time we’ve seen the cross-code superstar show his kindness to fans.

Williams famously gave his RWC 2015 medal away after the tournament, making headlines for the generous gesture after a young fan had been tackled by security.

Earlier this year he gave a young Lions fan his shorts too, after the first Test in Auckland.

He’s either the kindest rugby player around, or he simply has no interest in doing his own laundry.