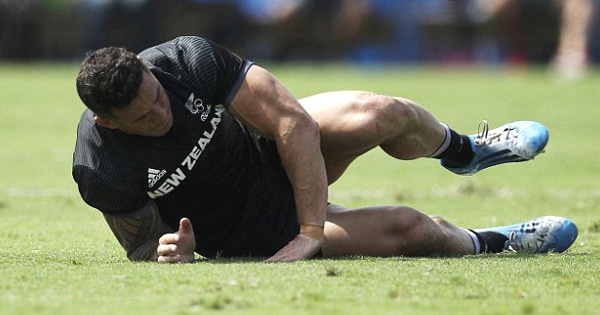 Sonny Bill Williams was injured in New Zealand’s disastrous match against Japan in Rio, suffereing a partially ruptured Achilles tendon, ending his Olympic 7s campaign as quickly as it started. Williams will miss the Rugby Championship season with the All Blacks too.

However coach Steve Hansen says that they can now look at the postives.

“He gets plenty of time for his body to recharge and probably hasn’t had a break for a long time,” Hansen said after the All Blacks arrived in Sydney for next Saturday’s Rugby Championship and Bledisloe Cup Test.

“He’s been cross-coding in so many sports, he’s such a talented person. We’ll miss him, but at the same time it’s an opportunity for someone else.”