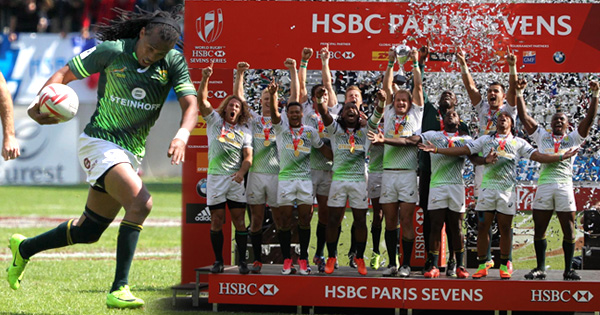 South Africa’s Sevens team have won the Paris 7s title, with it claiming the overall HSBC World Rugby Sevens Series title at the same time. The Blitzboks beat Scotland 15-5 in a tense Cup Final at the Stade Jean Bouin on Sunday evening.

Fiji, who were second on the table before the tournament, were knocked out in the quarter final stage, leaving England still in the overall series running. Their semi final loss to Scotland, however, meant that South Africa would take the title after a season that included eight out of nine finals.

“It’s been an incredible season so far,” said head coach Neil Powell, who mentored his team to their first overall victory since 2009.

“We wanted to finish strongly in this tournament and in London next week. Everytime we put out jerseys on our backs we play for South Africa, for our family and our people back home that support us. It’s special for us. We want to say thanks to them for supporting us all year.”